Pelosi, ‘The Squad’ Is Not the Face of the Democratic Party 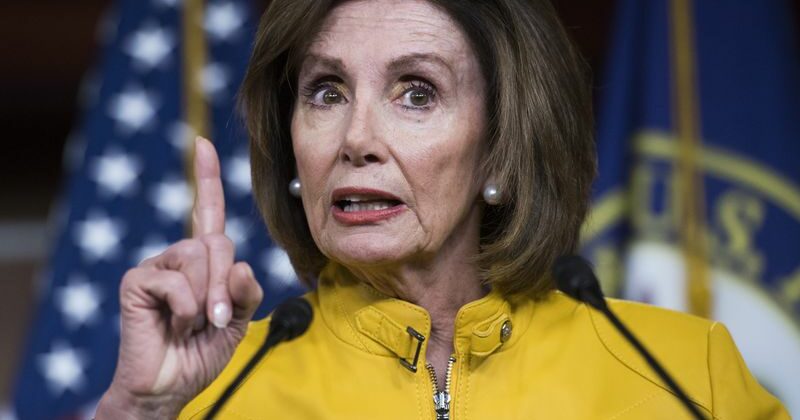 Despite the new rallying cry of Trump supporters of “Send Her Back,” which seems to be the 2020 campaign’s “Lock Her Up,” House Speaker Nancy Pelosi insists that Rep. Ilhan Omar and her “Squad,” are not the face of the Democratic Party.

Pelosi has been pushing back hard against President Trump’s efforts to cast Omar, Rep. Alexandria Ocasio-Cortez and the other two members of the progressive “squad” as the face of her party, now that the formerly fractured caucus has united to condemn the President’s “racially charged” tweets.

“With all due respect, let’s not waste our time on that,” Pelosi said during a Capitol press conference when asked about the President’s efforts to tie all Democrats to the progressive lawmakers.

As for the President himself, Pelosi said, “We are not having him set our agenda. We are setting our own agenda.”

In recent days, the President and the Republican National Committee have made a concerted effort to tie the entire Democratic Party to freshman lawmakers Ocasio-Cortez, Rashida Tlaib, D-Mich., Ilhan Omar, D-Minn., and Ayanna Pressley, D-Mass. This, after Democrats came to their defense over the President’s tweets saying they should “go back” to the countries they came from (despite all but Omar being from the United States) and then return to show everyone how to fix things.

On Wednesday, just ahead of a huge campaign rally, where cries of “Send Her Back” could be heard, Trump tweeted: “The ‘squad’ has moved the Democrat Party substantially LEFT, and they are destroying the Democrat Party.”

Many were shocked at the chants of “Lock Her Up,” referring to Omar at Trump’s first rally since the controversial tweets. While he did not seem to do anything to discourage the chants during the rally in Greenville, North Carolina he has since said he was “not happy” with them. Trump made those remarks in the Oval Office during a meeting with members of Team USA for the 2019 Special Olympics World Games.

Asked why he didn’t stop the chant, President Trump said, “I think I did — I started speaking very quickly.”

The President added, “I was not happy with it — I disagreed with it.”

Video of the rally shows the President pausing as the crowd chants, seemingly enjoying it. However, when asked if he would try to stop such chants the next time, Mr. Trump told reporters he would “certainly try.”

The President’s disavowal of the chants came after a growing number of Republican congressional leaders criticized the words of the chant, and sought to put distance between the President and the chants.

“Those chants have no place in our party or our country,” House Republican leader Kevin McCarthy of Bakersfield told reporters.

Later, at a news conference, McCarthy avoided repeating his criticism and defended Trump, saying that “the president did not join in” the chanting. “The president moved on.” Admonishing the reporter, and by implication the entire “mainstream” press, McCarty added, “You want to dislike the President so much, you want to try to hold him accountable for something in a big audience,” he said. “I think that’s an unfair position.”

GOP Leaders Say Dems Cries of Racism Are All Political