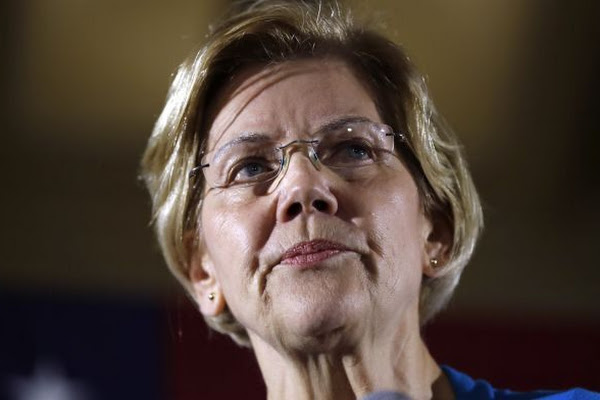 Whacky Warren suggested last week that her presidential campaign plan to combat climate change was analogous to former President John F. Kennedy’s efforts to put a man on the moon.

Talk about being a “Space Cadet!”

“The Apollo 11 mission is a perfect reminder that if we dream big enough, fight hard enough, and invest in American ingenuity, we can accomplish incredible things,” she tweeted after promoting her “Green Manufacturing Plan.” “In fact, we can protect our planet for generations to come,” Warren added.

Warren sent those tweets on July 20 — the day of the 50th anniversary of the first time man walked on the moon. The Apollo 11 mission delivered on President Kennedy’s 1961 promise to land an American on the Moon by the end of that decade, and signaled victory in the space race with the Soviet Union.

Apparently JFK’s no-nonsense goal to beat the Soviets to the moon reminded Warren of her own “bold commitment.”

“President Kennedy knew that we didn’t have the technology to achieve this goal at first — and his commitment spurred a decade of scientific and technological mobilization leading up to the moon landing,” she said in another tweet. “To tackle climate change today, we need to make another bold commitment.”

To try to hammer the comparison home, she had the audacity to dub her misguided climate change policies “The Green Apollo Program.” Warren’s program to combat climate change comes with a $400 billion price tag.

She described her “Apollo” program as “a commitment to leading the world in developing and manufacturing the revolutionary clean energy technology the world will need, like the way we invested in innovative science to win the race to the moon.”

Warren Not the Only Dem “Out There”

Warren’s plan would also create a “National Institutes of Clean Energy” part of whom’s mission would be installing provisions that would ensure that American manufacturing reaps the benefits of green research investments.

Warren wasn’t the only 2020 Democratic candidate trying to hitch their wagon to JFK’s star by comparing the climate change issue to the space race. South Bend, Ind. Mayor Pete Buttigieg also chimed in with a series of tweets suggesting climate change posed a similar challenge.

Among his series of tweets, Buttigieg said, “Climate change is here. It is an existential threat to our way of life on this planet,” he tweeted. “This timetable isn’t being set by D.C. It’s set in reality—and the time to act was yesterday. To meet this once-in-a-generation challenge, we must be as bold in our time as Kennedy was in his.”

New Survey: 40% of voters believe ‘THE SQUAD’ represents the Dems