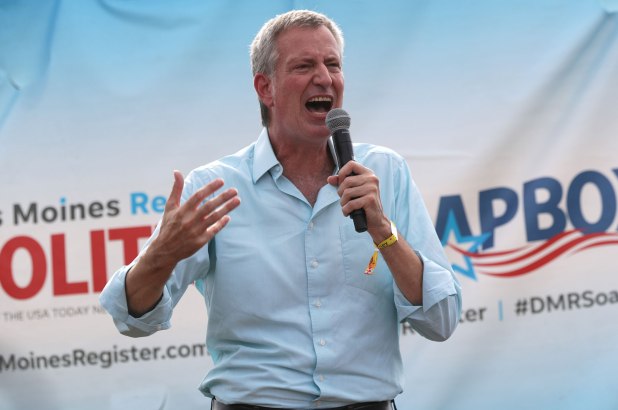 New York City Mayor Bill de Blasio’s recent Town Hall which was broadcast on CNN, was a rating disaster for the network.

As reported in the New York Post, de Blasio made CNN’s ratings plunge almost as low as his poll numbers with his town hall event which the network aired on Sunday evening August 25.

According to Nielsen, a mere 376,000 viewers nationwide tuned in to see the NYC Mayor for the 7 p.m. event. Combined with Steve Bullock’s 6 p.m. town hall, CNN registered a 25 percent drop in its average Sunday night ratings. Although, Bullock performed somewhat better than de Blasio, with 429,000 total viewers.

In a statement, CNN said the network “Does not host presidential town halls for ratings. We host them because substantive conversations with presidential candidates inform and empower voters to make the best possible choices for their families and communities.”

With such lackluster performers such as the unpopular NYC Mayor, that is probably a good thing!

During the event, the mayor was hounded by protesters supporting the family of Eric Garner.

“You waited five years and you did nothing,” activist Julianne Hoffenberg shouted while the mayor was speaking about last week’s firing of NYPD cop Daniel Pantaleo.

US Vote Systems So Easy To Hack