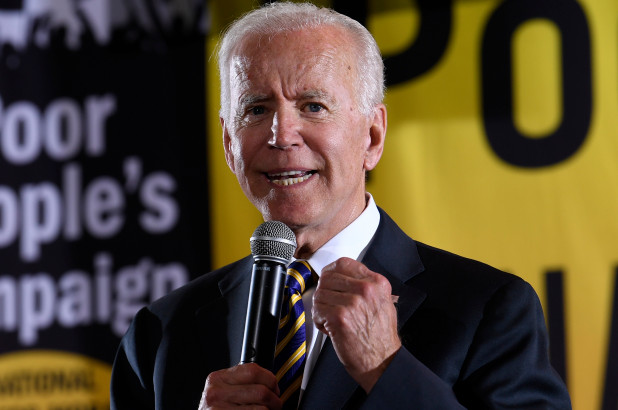 As the gaffe prone Joe Biden continues to enjoy the taste of his foot out on the campaign trail, it has caused some to wonder if the former VPs current bid for the White House is doomed.

Among those who think so is well known conservative journalist, Daniel McCarthy. Writing in Spectator USA, McCarthy said, “Joe Biden has led Democratic polls since day one. But there are plenty of reasons why you should still bet against the former vice president getting the nomination or getting into the White House.”

The biggest problem? “His age and its effects on his mental acuity,” says McCarthy. “At 76, he is showing signs of senility more than Bernie Sanders (77) or Donald Trump (73) are. And those infamous gaffes of his are increasingly worrying, because they just keep coming.”

The question, says McCarthy, is, “How many will it take before voters seriously question his competence? True, Biden’s name recognition is tremendous, but voters are surely remembering the Biden of the Obama years, and not necessarily today’s iteration.

McCarthy says that Joe simply will not win. “Should he make it past the primaries, he won’t seem like a pair of safe hands with which to restore America to ‘normal.’ ”

Biden Is Too Old

While Biden may be the “great hope” of the Democrats, McCarthy says he is simply too old – and the conservative pundit is not the only one who thinks so. Many say that Biden himself knows that his age and state of mind are a problem, and Glenn Thrush’s recent New York Times story showed that Barack Obama knows it, too. “At some point in 2008,’ Thrush reports, ‘while Biden was on his way to becoming the Democrats’ VP pick, he told Obama aides that ‘Barack would never have to worry’ about him positioning himself for another presidential run. He told Obama he was ‘too old…’”

That was over a decade ago. Today, according to Thrush, while he has accepted that Biden is running, “Obama has hammered away at the need for his campaign to expand his aging inner circle.” According to Thrush, Obama also told Biden’s people, “Win or lose, [Biden’s people] needed to make sure Mr. Biden did not ‘embarrass himself’ or ‘damage his legacy’ during the campaign.’”

Thrush says Biden told him that he never “got over” his past failed bids for the White House. Biden told Obama he would never run for president again, yet now he is. His ambition has blinded him to this simple reality — his time has not come, it’s already past. His campaign is doomed, McCarthy knows that, and as soon as Democratic voters decide between Sanders and Warren, they’ll let Joe know it too.

Were Trumps “Jokes” About Greenland Serious Signals to Russia and China?