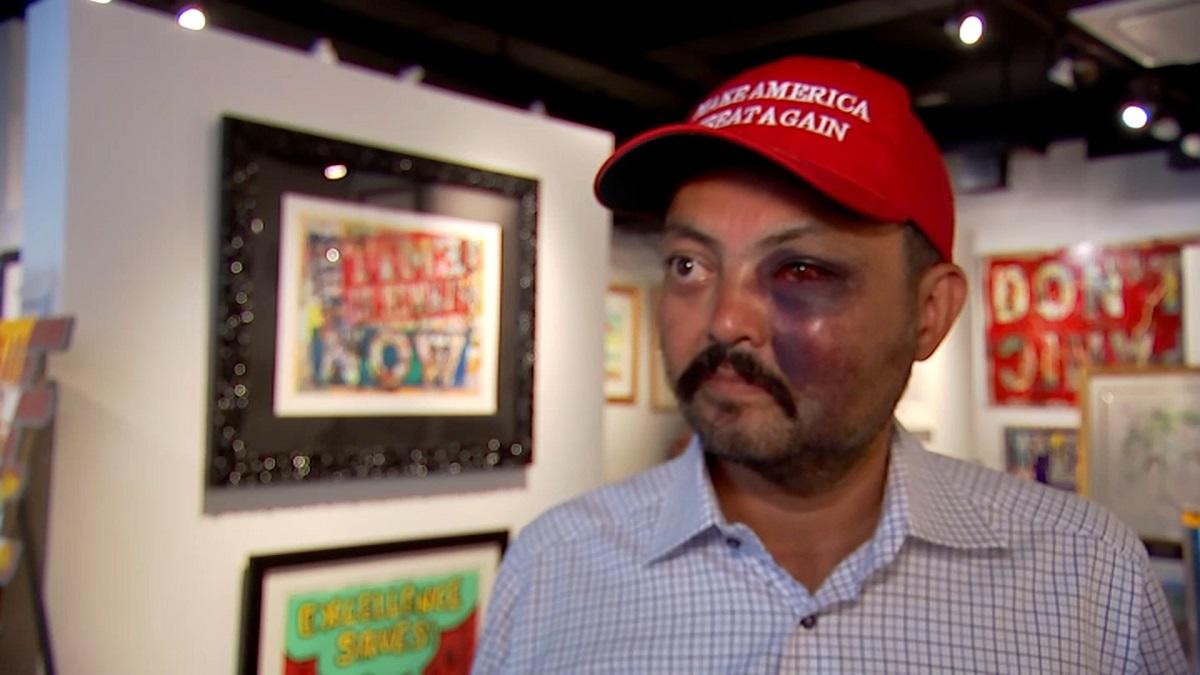 Oh the ever so tolerant left! Once again, a Trump supporter has been beaten, apparently merely for proudly wearing a MAGA Hat.

Portland police say a man and woman were arrested early on the morning of August 24 for assault, and the man who was attacked says it’s all because he was wearing a “Make America Great Again” hat.

At around 12:50 a.m., officers responded to the report of a disturbance at the Growler’s Taproom, located in the 3300 blocks of Southeast Hawthorne Boulevard. Upon arriving on the scene, officers located Luke Lenzner, who had injuries to his face.

As reported by local TV affiliate, FOX 12, Lenzner told the officers that he and his wife were out on a date night. He said right when they got there, they were attacked outside the patio by people upset about the hat.

“I got mobbed by everybody that was in that bar outside. People came from the inside out – just circled me and my wife,” Lenzner told Fox 12.

Security camera footage provided by the bar shows the couple did try and make their way in, but it doesn’t appear to be very busy. In fact, bar staff says they were already done serving for the night and that they told the couple they were closing.

Lenzner attests that things escalated between people outside the bar. That’s when police say 22-year-old Leopold A. Hauser and 23-year-old Adebisi A. Okuneye assaulted Lenzner and his wife.

“I Was Sucker Punched”

“[They were] surrounding me, like literally surrounding me, pushing me. I’m just trying to get through, trying to stop the person from hitting me, from taking my hat, and then I get sucker-punched,” Lenzner told FOX 12.

Hauser and Okuneye had left before police arrived, but Lenzner was able to give them a license plate number. The suspects were arrested a few blocks away.

Both Hauser and Okuneye were booked into the Multnomah County Detention Center on charges of third-degree assault. They were arraigned the following Monday.

Witnesses, including the bartender, say that it appears that Lenzner may have been the one who started the altercation. In security footage, he can be seen pointing to his hat and saying something as he left, and witnesses say that could be what started it all.

Or, could it be that the mere presence of the cap, prompted the vicious attack. It would not be the first time that a MAGA hat or shirt, triggered such an assault.