Trump Lashes Back At London Mayor For Snarky Comment 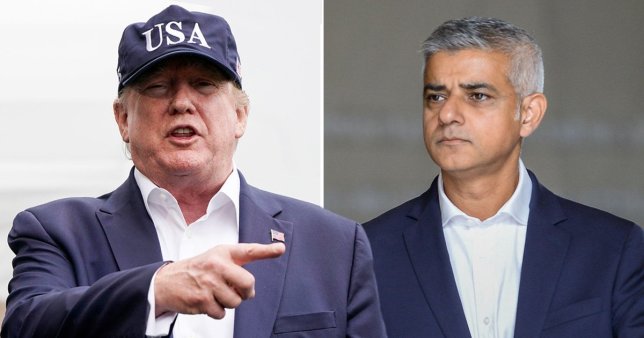 On Tuesday, US President Donald Trump stood by his decision to play golf over Labor Day weekend, following criticism from the Mayor of London Sadiq Khan. Trump also fired back at Khan, telling him to focus on the out-of-control crime in his city.

In an interview with Politico which took place in Poland over last weekend’s WWII commemoration ceremony, the London Mayor said, “[Trump’s] clearly busy dealing with a hurricane out on the golf course”.

In response to Khan’s criticism, Trump replied, “The incompetent Mayor of London, Sadique Kahn [sic], was bothered that I played a very fast round of golf yesterday.

“Many [politicians] exercise for hours, or travel for weeks. Me, I run through one of my courses (very inexpensive),” he added.

“Khan should focus on “knife crime”, which is totally out of control in London. People are afraid to even walk the streets,” Trump continued. “He is a terrible mayor who should stay out of our business!”

To prepare Hurricane Dorian, Trump canceled his planned trip to take part in Poland’s WWII commemorative ceremonies over the weekend.

Although Trump did play golf on Saturday and Monday, White House Press Secretary Stephanie Grisham told journalist was receiving updates on the hurricane each hour while he was out and about.

Under Sadiq Khan’s tenure as the Mayor of London, the city has witnessed a surge in acid attacks, stabbings, robberies, and attacks on police officers.

This spat between Khan and Trump is just the latest in a series of heated exchanges between the two.

Just days ago, in an opinion editorial for the Observer, Khan labeled US President Donald Trump as “the global poster-boy for white nationalism”.

Trump Hands It to the Media for More Fake News!

The Pentagon Has Transferred Funds To Complete The Wall