Gabbard Is On A Mission…Let Her Have It 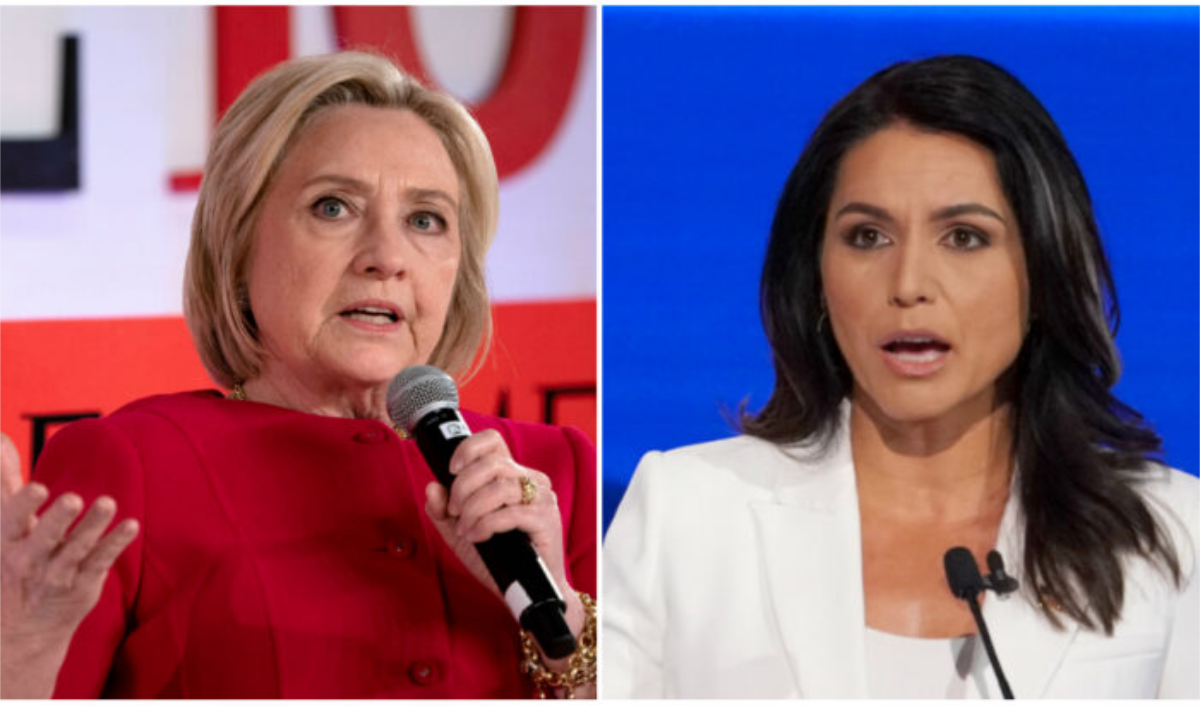 Gabbard’s attorneys are calling on Clinton to retract her statement publicly, including on Twitter, as per a letter released by Gabbard’s campaign obtained by The Hill.

“Your statement is defamatory, and we demand that you retract it immediately,” Gabbard’s lawyer said in the letter, adding that Clinton should “immediately” renounce her remarks.

Last month, during a podcast interview, Clinton referred to the Hawaiian congresswoman as a “favorite of the Russians.”

“I’m not making any predictions, but I think they’ve got their eye on somebody who is currently in the Democratic primary and is grooming her to be the third-party candidate,” Clinton said on the Campaign HQ podcast.

“She’s the favorite of the Russians, they have a bunch of sites and bots and other ways of supporting her so far,” Clinton said.

Following her statements, Clinton spokesman Nick Merril seemed to confirm that she was indeed referring to Gabbard.

“If the nesting doll fits,” Merril said, adding “This is not some outlandish claim. This is reality. If the Russian propaganda machine, both their state media and their bot and troll operations, is backing a candidate aligned with their interests, that is just a reality, it is not speculation.”

Following intense backlash from both sides of the aisle, Merrill later dialed back the comments, stating that Clinton was saying Republicans, and not the Russians, were grooming the left-wing populist Hawaiian congresswoman.

“Folks, listen to the podcast. She doesn’t say the Russians are grooming anyone. It was a question about Republicans,” Merrill tweeted.

“It appears you may now be claiming that this statement is about Republicans (not Russians) grooming Gabbard,” wrote Gabbard’s attorney.

“But this makes no sense in light of what you actually said. After you made the statement linking Congresswoman Gabbard to the Russians, you (through your spokesman) doubled down on it with the Russian nesting dolls remark.”

Despite Clinton’s baseless accusations, Gabbard has repeatedly stated that she wouldn’t run as a third-party candidate if she fails to shore up the Democratic nomination. Currently, Gabbard is polling between three and five percent.