Over Half Of Trump Supporters Will Back Him No Matter What 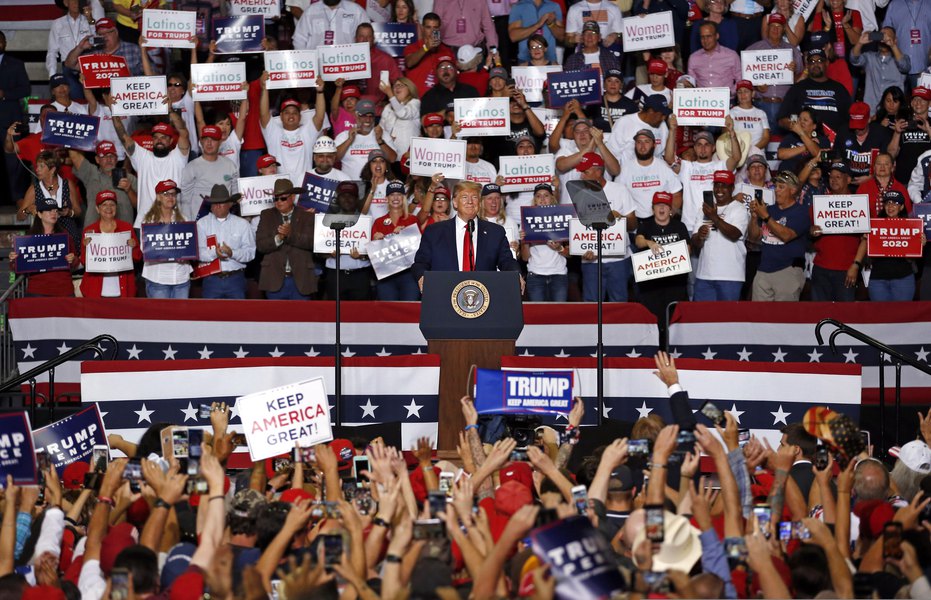 A brand new survey has revealed that more than 60 percent of President Donald Trump’s supporters will back him no matter what.

The poll, conducted by Monmouth University, showed that 62 percent of supporters of the President reported that there’s not “anything that Trump could do, or fail to do, in his term as president that would make [them] disapprove of the job he is doing.”

The numbers are representative of an increase in fidelity and trust among the president’s supporters, with a twelve percent increase since the same question was asked in a January 2018 survey.

Apart from revealing the robustness of Trump’s immovable base, the survey showed that Trump’s enemies are every bit as devoted to his downfall as his base is to his success.

70 percent of the poll’s respondents who said that they disapprove of Trump’s performance as president reported that there’s nothing he could do to change their minds so that they would “approve of the job he is doing”. Just 60 percent of respondents from the same group said the same thing when asked in January 2018.

Lastly, the survey showed 43 percent of respondents reporting that they approve of Trump’s performance as president whereas 51 percent disapproved.

The survey was financed and carried out by Monmouth University Polling Institute and sampled 908 adults aged 18 and older. The margin of error for the survey was plus or minus 3.3 percentage points.