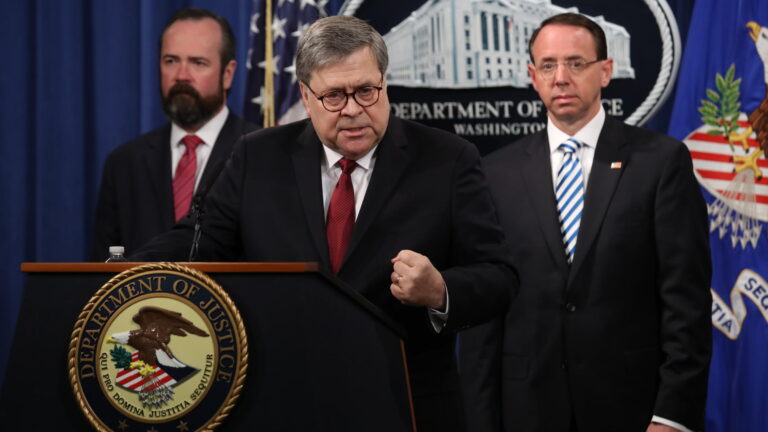 Attorney General William Barr gave President Trump a bit of push back on those tweets that flow from the White House – particularly those that have to do with cases before the courts.  He was right to offer that advice and the President would be wise to heed it.

As President, Trump sits atop every department and agency of the Executive Branch.  He is the CEO and Commander-in-chief.  There is no question that Trump has the legal authority to launch investigations, shut them down, pardon folks and issue orders to those who report to him – whether appointees or career civil servants.

But just because something is legal, does not make it wise.  As is too often the case, Trump handed his enemies another knife to stick in his back.  There was absolutely no reason – no benefit – for commenting on the Roger Stone case before sentencing.

True, the recommendation of the local prosecutors for a seven to nine-year prison sentence seems way out of line with the nature of the crimes and the lack of criminal history.  Justice based on popularity is extremely dangerous – as seen in the kind of justice handed out by Democrats in the old southland.

But neither the original recommendation of the decision by folks at the Justice Department to charge that to no recommendation makes no difference at all.  Judge Amy Berman Jackson still has total discretion.  She could ignore the guidelines and sentence Stone to more than nine years – or less than seven.

Meddling in the process served only one purpose – to promote baseless political narratives that work against Trump.  No matter what Jackson does, it will be interpreted along the political biases without any basis in fact.  If she goes below nine years, Democrat and the media will scream that Trump got Stone’s sentence lower.

Before saying publicly that Trump should stop using Twitter to express his opinions regarding court cases, it would seem likely that he had given that advice to the President privately – and possibly more than once.

Barr is a good Attorney General and can be relied upon to uphold the law.  The Democrat/media combine are working overtime to make him appear to be a flunky of the President through mendaciously patched together partisan political narrative.  The last thing Barr – and the President needs – is more grist for the left’s propaganda mill.

Barr’s advice should carry over to Trump’s maladroit effort to end “investigations” in New York as a trade off for consideration of various grant requests.  Trump would be on more solid ground in simply denying the requests as excessive – which they are.

Trump could also engage in the standard and legal quid pro quo of withholding money until New York discontinues sanctuary cities and cooperates with Immigration and Customs Enforcement (ICE).  Those trade-offs are standard operating procedure for Washington.

Trump seems to believe that he will be re-elected solely because the majority of the voters will see the Democrats as worse than him.  He would be better served on convincing voters that he is better than them.