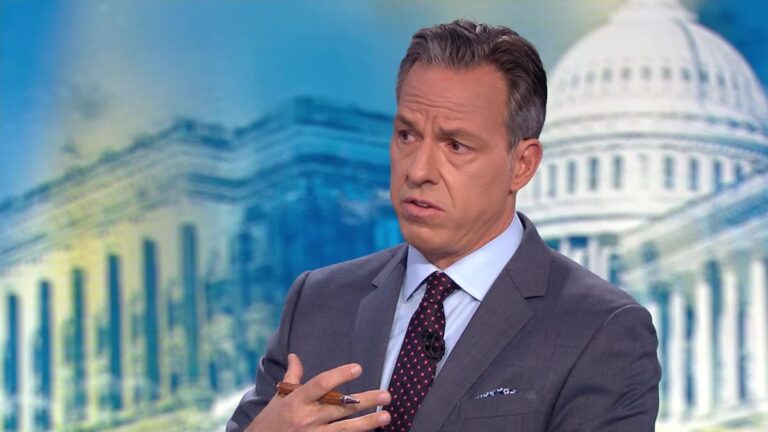 It should come as no surprise that CNN hosts such as Jake Tapper only selectively choose to call out lies spouted by their guests.

During a recent interview with controversial New York congresswoman Alexandria Ocasio-Cortez (AOC), Tapper failed to “fact check” her, on when she espoused the debunked claim that President Trump called the coronavirus “a hoax” during a campaign rally.

During an interview on “State of the Union,” Ocasio-Cortez was sounding the alarm on her city and state’s shortage of medical supplies but then quickly took a swipe at the Trump administration for its evolving rhetoric as the outbreak was spreading.

She among many Democrats have accused Trump of calling the coronavirus a “hoax” on the campaign trail when he was actually conflating the uproar of the virus to the uproars of the Russia and Ukraine investigations, which he referred to as “hoaxes.”

The Trump campaign responded to Ocasio-Cortez’s comments on social media, calling the congresswoman’s claim a “lie.”

“AOC just repeated the lie that President Trump called coronavirus a “hoax.” This is not true, and has been debunked by numerous fact-checking sources. This would’ve been a great time for a fact check, @jaketapper,” Trump campaign rapid response staffer Abigail Marone tweeted.

“I thought about it, because the president did not call the virus a hoax,” Tapper tweeted. “But I didn’t [fact check her] because he *did* call a hoax the concerns of those saying that the response from the president was insufficient and that he was downplaying the gravity of the crisis. And that too was a lie.”

He continued, “I guess that’s the problem with a politician who lies so often; while I agree that Democrats are mischaracterizing what he said, what he did say was also false so it’s tough to justify taking the time for a fact check when it’s not taking a stand defining the truth.”

However despite the contrition, the CNN anchor was slammed by critics, who accused him of selectively fact-checking politicians.

“’You know it was a lie, but Trump has said stuff so I’m going to let her lie stand,'” conservative commentator Stephen Miller mocked Tapper.

“The problem is when your unwillingness to push back on false information almost uniformly cuts one way. If you still want to be seen as an objective journalist you can’t pass on 90% of lies Democrats tell but confront 90% of lies by Republicans,” Twitter user Chris Manning said.

“Translation: ‘I knew AOC was lying. I let her lie. Because I wanted to,'” Epoch Times writer Jeff Carlson tweeted.