3M Pushes Back at Trump Over N95 Masks 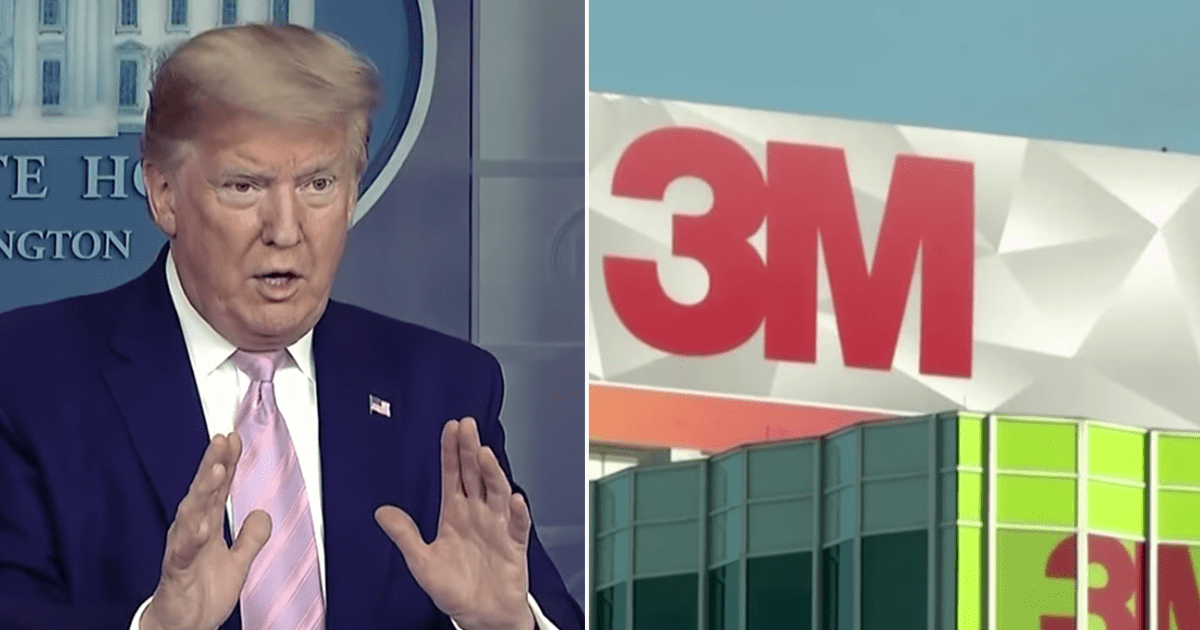 The 3M Company has pushed backed against President Trump who admonished the firm for appearing to indicate that it would not comply with a White House order to stop exporting lifesaving N95 masks to Canada and Latin America.

The Minnesota-based company, one of the largest manufacturers of the masks, said it was looking forward to implementing the order and had already been going “above and beyond” in recent weeks to churn them out as quickly as possible amid the coronavirus pandemic.

But 3M criticized a previously unreported request from the White House that it also stop sending any N95 masks to Latin America and Canada, citing “significant humanitarian implications” given the great need for them in the US and complaints from governors around the country, including New York’s Andrew Cuomo, who said that they wind up in bidding wars for supplies against each other and other countries.

“The Administration also requested that 3M cease exporting respirators that we currently manufacture in the United States to the Canadian and Latin American markets,” a statement released by the company on Friday read.

The controversial statement continued, “There are, however, significant humanitarian implications of ceasing respirator supplies to healthcare workers in Canada and Latin America, where we are a critical supplier of respirators.”

The manufacturing company said it feared other countries would retaliate if it stopped exporting masks made in the US, “as some have already done.”

“If that were to occur, the net number of respirators being made available to the United States would actually decrease. That is the opposite of what we and the Administration, on behalf of the American people, both seek.”

“It would be a mistake for both of our countries to limit our access to goods and personnel,” Trudeau said Friday morning, saying Canada would “continue to keep trade open with the United States.”

The president and his top trade adviser, Peter Navarro, both lashed into the Minnesota-based company after the release of the statement, criticizing 3M for continuing to send respirators overseas when the US is facing a critical domestic shortage.

Navarro also expressed concern that supplies that 3M makes in many overseas manufacturing facilities, find their way back to the US where they are so desperately needed.

However, in the statement released by 3M, it said the company would, “ramp up overseas production and was exporting 10 million N95 respirators manufactured by its factory in China.”