A record 20.5 million jobs were lost in April as unemployment rate jumps to 14.7% 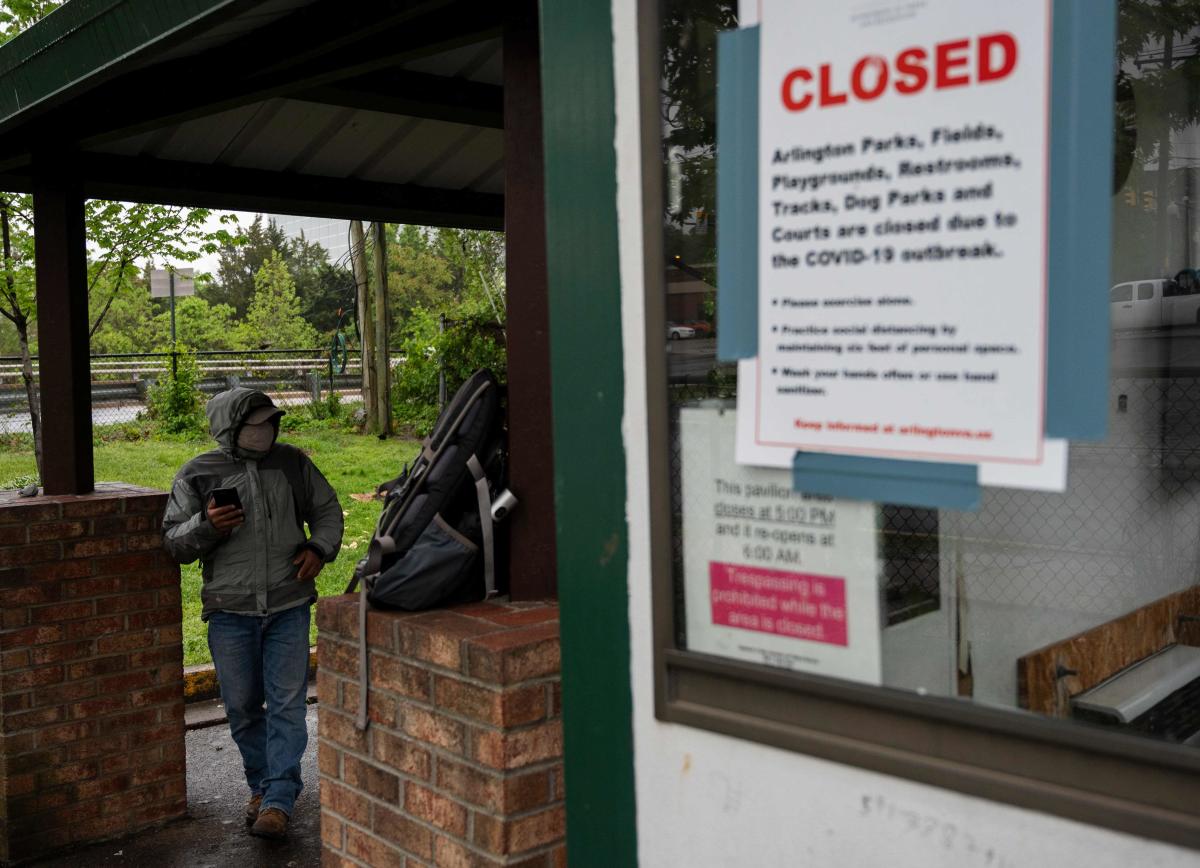 The impact of the coronavirus-induced economic shutdown tore through the U.S. labor market in April at historic levels, slashing 20.5 million workers from nonfarm payrolls and sending the unemployment rate skyrocketing to 14.7%, the Labor Department reported Friday.

Economists surveyed by Dow Jones had been expecting payrolls to shed 21.5 million and the unemployment rate to go to 16%. April’s unemployment rate topped the post-war record 10.8% but was short of the Great Depression high estimated at 24.9%. The financial crisis peak was 10% in October 2009.

The bleak numbers paint a “pretty dismal picture, but April may be it for job losses going forward with the country starting to reopen,” said Chris Rupkey, chief financial economist at MUFG Union Bank. “If there is a silver-lining in today’s dismal jobs report, it is in the realization that the economy cannot possibly get any worse than it is right now.”

A more encompassing measure that includes those not looking for work as well as those holding part-time jobs for economic reasons also hit an all-time high of 22.8%. That reading may be a more accurate picture of the current jobs situation as millions of workers are being paid to stay home and thus not willing or able to look for new jobs. Its previous worst level was 17.2% in April 2010.

The jump in the “real” unemployment rate reflected a plunge in the labor participation rate to 60.7%, its lowest level since 1973.

Despite the stunning numbers, Wall Street was poised for another rally Friday, and government bond yields were higher as well.

The April numbers represent a stark reversal for a jobs market that had been on fire only two months ago. February saw a payroll gain of 230,000 that was high for a recovery that lasted nearly 11 years. The month’s total was revised down 45,000. March’s initially reported loss of 701,000 also was pulled down further, to 870,000.

In all, the rolls of the unemployed surged to 23.1 million, a jump of 15.9 million over March as governments across the country placed stringent restrictions on what businesses could be open. Multiple states are beginning to relax those rules, but about 60% of the economy remains under stay-at-home orders.

“The US economy has paid a heavy toll for the efforts to contain the coronavirus, said Seema Shah, chief strategist at Principal Global Investors. ”“Not only do the payroll numbers clearly set out the magnitude of the economic devastation that had already been trailed by incoming economic data in recent weeks, but it weighs heavily on expectations for the recovery.”

The unprecedented jump in joblessness came largely due to part-time layoffs. Those who said they lost their jobs temporarily surged tenfold to 18.1 million, while those reporting permanent losses more than tripled, from 544,000 to 2 million.

Full-time workers fell by 15 million for the month while part-timers plunged by 7.4 million.

As expected, the biggest hit was to the leisure and hospitality industry, which lost 7.7 million workers, 5.5 million of whom came from eating and drinking establishments.

Education and health services lost 2.5 million, while professional and business services as well as retail both saw 2.1 million workers lose their jobs. The overall unemployment rate for service occupations ballooned from 4% in March to 27.1%.

Manufacturing and “other services” dropped by 1.1 million apiece and government fell by 980,000. Construction dropped 975,000 and transportation and warehousing fell by 584,000.

Average hourly earnings jumped nearly 8% from a year ago, also easily a new record but more reflective of the balance of job losses coming from lower-wage occupations, thus skewing the data. The worst of it was felt by women and minorities. The female jobless rate jumped from 3.6% to 15%; the Latino rate soared from 6% to 18.9%, the African American rate went from 6.7% to 16.7% while Asian American unemployment went from 4.1% to 14.5%.

The total employment level of 133.4 million fell to its lowest since June 1999.

Share
Facebook
Twitter
Pinterest
WhatsApp
Previous articleTrump says coronavirus task force will continue ‘indefinitely,’ shift focus to reopening and vaccines
Next articleCoronavirus: WHO warns people will need to get used to ‘a new way of living’