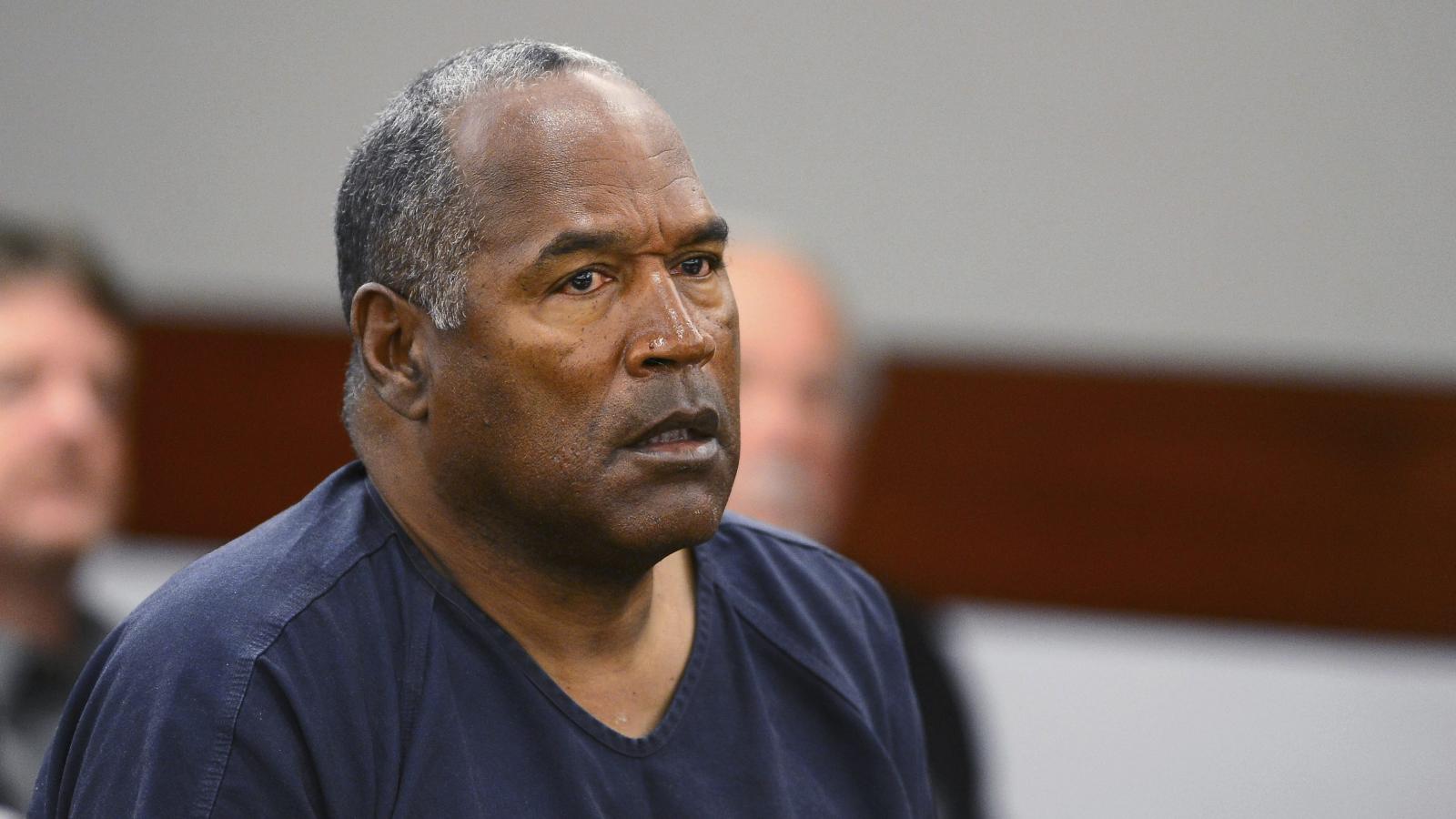 Anyone watching a Hollywood film involving a criminal act will be familiar with the judge’s admonition to the jury that to find the accused person guilty they must use a standard of proof that is “beyond all reasonable doubt.” This phrase, used in British courts of law for over 200 years in criminal cases, indicates that the highest standard of proof is necessary to find the accused person guilty and to reduce the possibility of convicting an innocent individual. The formula of making the decision depend on “clear and convincing evidence” is a less rigorous standard.

Yet recent British court cases have led to a change. The British Judicial College that oversees training of judges has suggested the phrase “reasonable doubt” should be dropped because many jurors do not understand it.  Many assume it means very likely. Also, it is difficult to define. Lord Justice Moses in the Court of Appeal has said that any question from the jury dealing with the standard of proof is one that most judges dread. Some suggestion is that reasonable doubt be replaced by the jury being “satisfied they are sure” the defendant is guilty. If an advocate refers to “beyond reasonable doubt,” the jury should be told this means the same thing as being sure. Yet judges are advised not to define “sure,” even if jurors have an inkling of doubt.

The issue of reasonable doubt is pertinent to analysis of and responsibility for the current pandemic COVID-19 as well as to decisions concerning some notorious incidents of recent history. Scientists and medical personnel are less than absolutely sure about their models of numbers infected and projected deaths, and methods of treatment. However, there is little question that China can be criticized for lack of transparency and delay in informing the world of the arrival of the virus, its intentional misrepresentations, suppression of information, and false assurances that there was no human to human transmission of the virus. Yet some still argue there is reasonable doubt about the responsibility of China in allowing the virus to spread across the world.

The concept of reasonable doubt has been applied — though not all will agree — for political and racial reasons, to the life and behavior of two well-known personalities of 20th-century U.S. history, O.J. Simpson and Marilyn Monroe.

O.J. Simpson, the nationally renowned running back football star, All American, winner of Heisman Trophy, then film and TV actor, was the main suspect and was accused of stabbing to death, his ex-wife Nicole Brown Simpson and her friend Ronald Goldman at her condominium in Brentwood. The lengthy criminal trial in Los Angeles began on November 9, 1994, and, because of the celebrities involved, racial issues, and daily presentation on TV, was termed the trial of the century. After only four hours deliberation by the jury, Simpson was found not guilty on October 2, 1995.

The case was a major sensational story, in which extraneous factors like the evidence, really a comic turn, presented by actor Kato Kaelin, occupied pubic attention, as well as the rivalries and histrionics of the lawyers for the defense. Most of the white population had assumed Simpson’s guilt, while most of the black population maintained at first that he was innocent, though views changed. The defense was successful in instilling “reasonable doubt” in the jury with allegations of mismanaged crime scenes, faulty evidence,  bloody gloves that did not fit, blood samples that had been mishandled by technicians, use of disreputable authorities, conspiracy theories based on racial themes, members of the LA Police Department were racist, especially LA Detective Mark Fuhrman.

A  short time later, Simpson was sued in civil court by families of the victims. The result in 1997 was that he was found responsible for the two murders, and the families were awarded the sum of $33 million in damages.

By coincidence, Marilyn Monroe, voluptuous blonde bombshell and American icon, also lived and died in the same area of Brentwood. Monroe’s life has been recorded in many books, articles, and films. The question of reasonable doubt about her death has been inadvertently raised by the publication in April 28, 2020 of another  book Norma Jean: The Life of Marilyn Monroe by Fred Lawrence Guiles. The life, career, and image of Monroe Is a fixture in the American drama. That life was full, with three husbands: the first, a worker in an aircraft factory, married when she was 16, and then two important figures, Joe DiMaggio and Arthur Miller, and without putting too fine a point on it, her innumerable love affairs, and her triumphs and failures in her short life.

But the end of her life, sad and depressed, is still a matter of conjecture if not exactly a mystery. On August 4, 1962 she was found dead, presumably of a barbiturate overdose, in her home in Brentwood where she was nude in her bed and empty bottles of pills were scattered in her locked room.  Her death was ruled by the LA police and then by the LA County Coroner’s office as caused by a self-administered overdose of sedative drugs and that the mode of death was probable suicide. There was no evidence of foul play.

Two factors link Monroe and another tragic figure, Judy Garland. At Monroe’s funeral a recording was played of Judy Garland singing the song she made famous, and which made her an icon, “Over the Rainbow.” It was also a poignant coincidence that Judy, a person as troubled by substance abuse and personal struggles as was Monroe, should have died in London on June 22, 1969, aged 47, of what was said by the London Coroner to be an “incautious self-overdose” of barbiturates.

Is there any reasonable doubt of the cause of Monroe’s death? It is generally agreed she was difficult, especially as she got older, to work with in her films, and often forgot or muffed her lines. Yet she remains something of a mystery, with less agreement on her character and her identity, including sexual identity, on whether she was a true sex goddess and symbol or really a mocker of her sexuality and manipulation as a dumb blonde. Was she created, as Laurence Olivier remarked, by ballyhoo and sensation, or was she a talented comedian?

There have long been suspicions of her end and allegations of foul play. Allegations have been made of union leader Jimmy Hoffa and Chicago Mafia boss Sam Giancana. The new book by Guiles adds to these conjectures, and its main interest will be the speculation about her connection to Jack and Robert Kennedy, both of whom were said to have had an affair with Monroe. JFK had been introduced to Marilyn, probably by Peter Lawford, brother-in-law to the Kennedys, in 1954, but there was no close relations between them at first. When Jack ended the affair, Monroe became involved with Robert F. Kennedy. Perhaps the most revealing indication of a close relationship was Monroe’s appearance in a flesh-colored sheer dress, which later sold for $4.8 million, in which she sang, breathlessly, “Happy  Birthday” in Madison Square Gardens on May 19, 1962, JFK’s 45th birthday.

On July 20, 1962 Monroe, who had been profoundly depressed and was seeing a psychiatrist, Dr. Ralph Greenson, on a daily basis, secretly entered Cedars of Lebanon hospital in LA, perhaps concerning an abortion, for which one of the Kennedy brothers was rumored to be responsible. Reportedly, Monroe was depressed because RFK, the U.S. attorney general, would not leave his wife Ethel to marry her. Another conspiracy theory is that he had planned to kill Monroe to prevent knowledge of the affairs with the Kennedy brothers from becoming public. Joe DiMaggio, second husband of Monroe, added to the confusion by insisting that RFK had planned her death. Some conspiracy theorists back their argument with the fact that Monroe’s publicist Pat Newcomb, who knew her well and was one of the few people to see MM on the day of her death, was given a job after Monroe’s death in the Kennedy Hyannis Port compound and then in the U.S. Information Agency.

One can conclude that reasonable doubt is appropriate on the issue of MM’s sad death, but less so in the case of O.J.