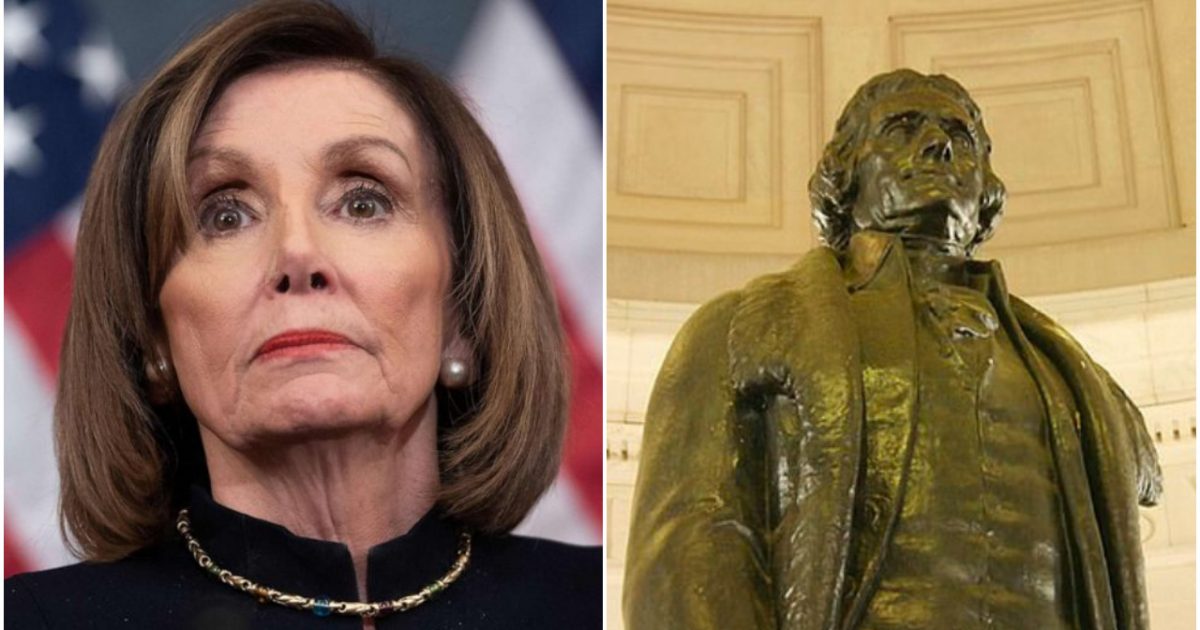 Democratic Speaker of the House Nancy Pelosi called for a ‘review’ to judge whether statues of iconic American figures should be kept in public, refusing to rule out potentially removing statues of founding fathers such as Thomas Jefferson and George Washington.

Pelosi was speaking in a livestream interview with a Washington Post journalist on Thursday.

The establishment Democrat clarified that she differs from mobs of rampaging vandals destroying statues in process terms, claiming that she prefers a legally sanctioned process in which various statues of American men would be removed.

Pelosi was insistent that statues commemorating figures associated with the Confederacy be removed, arguing that they are inseparably linked to slavery. She took a more nuanced position towards individuals who owned slaves when the institution was legal, without expressly ruling out removing statues featuring founding fathers such as Jefferson and Washington.

“That doesn’t mean just because Thomas Jefferson or George Washington or others were slaves owners that we should undermine what they did for our country,” Pelosi said. “These Confederates – Jefferson Davis, Alexander Stephens – they committed treason against the United States in the name of slavery. I think that’s a different story.”

“I would say, rather than tearing down and defacing, why don’t we just have a review.”

The legacies of the men who birthed the United States, transforming thirteen British colonies into a distinct and sovereign nation, are up for “review,” according to the Democrat.