No Rest For The Gravediggers Of Afghanistan

Abbas has worked in this Kabul cemetery for more than a decade, since he moved to the Afghan capital for work. He’s sometimes called to dig quickly to bury the victims of militant attacks. But the last six weeks are the busiest he’s ever seen.

“People bring their dead during the day and during the night,” says Abbas, who like many Afghans, has only one name. He believes the cause of death is COVID-19.

“The sickness has spread between the people, and the number of deaths are growing,” he says as he scrapes through the hard, rocky ground to dig a new grave in the Omed-e-Sabz cemetery that clings to a windswept mountainside that looms over the Afghan capital. 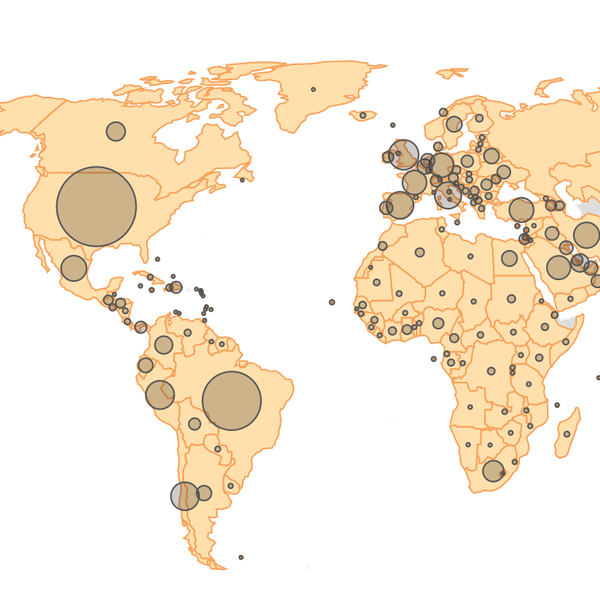 Coronavirus World Map: Tracking The Spread Of The Outbreak

Abbas says before the pandemic, the gravediggers would bury seven or eight people a day. Now it’s more like 20. He sometimes buries family members side-by-side.

Kabul’s gravediggers have long been witness to Afghanistan’s bloodshed. Now, they’re emerging as some of the most important eyewitnesses of how badly the pandemic is affecting the Afghan capital.

But those numbers aren’t reliable at all, says Khushal Nabizada, the director of public health in the Kabul province. The U.N. reports the positivity rate from COVID-19 tests to be around 44 percent across Afghanistan, which suggests the disease is widespread. Nabizada says the country doesn’t have the capacity to do more testing — and that many Afghans are reluctant to self-report, because of the stigma surrounding the disease.

There are many reasons for the stigma. One political ethnologist, Orzala Nemat, explains families fear they’ll be shunned if a member has a contagious disease. Others worry they or their families will be seen as bad people – with the disease as a divine punishment. Sick people worry that “maybe I have done some sins in my life, that’s why I have COVID,” Nemat says.

For example, in Kabul province, Nabizada says the real number of COVID-19 cases is probably “manifold higher” than the official tally of 12,000: With about 7 million residents in the city and its surrounding rural belt, “our assumption is that there might be more than one million cases in Kabul,” he says.

Nabizada says they reached that conclusion from looking at patient flows at hospitals, random testing and announcements of deaths on social media.

He believes the number of people dying is also higher than the official number of 733. “I assume maybe two or three times more than this – people are dying – and they are not reporting to us, and they are not asking for support.”

He says at least 20 to 30 people a day are calling a hotline the government set up to provide coffins and sanitation equipment to bereaved families. But he says he can’t register these deaths as COVID-19-related because the deceased were not tested for the disease.

That’s because of stigma, again. Nabizada says other families simply want to have a traditional Muslim burial: wrapping their loved one in a shroud and lowering them into the ground, surrounded by male relatives, instead of being quickly buried in a coffin by a few people, which is standard practice for COVID-19 victims to prevent possible transmission at the funeral.

Back in the Kabul cemetery, the diggers say the pandemic is changing how they work.

Before, they’d wait for bereaved families to come and ask them to dig a grave – they are paid about $5 a day by cemetery managers but also rely on tips from mourners. Now, workers like Nangalay scrape their shovel through the hard, rocky ground to dig graves in advance.

“We dig 20 to 30 graves a day,” says the gravedigger, who also has only one name. “People bring them straight from the hospital to the graveyard,” he said, referring to COVID-19 victims. Hospitals do not store such bodies because of concerns about contagion.

As he speaks, a group of mourners trudge up the hill toward an empty grave, carrying a body in a green shroud emblazoned with gold writing. A skinny sunburnt child with black, dirt-streaked hair, rushes after the group, offering to pour water on the grave – seen as a blessing for the dead. The children, mostly desperately poor, earn tips.

Another worker, Rajab – he only has one name –said his boss hired six more gravediggers to keep up with their busier pace. Most of the burials take place during the day, he says, but now they’re also burying people at night.

“Maybe they have corona,” he says. And he starts to dig another grave.

Young Republicans rally to save Roosevelt statue: ‘I’ve never heard of a free society that wants to erase the past’