Biden tells majority of Americans not to vote for him

Joe Biden says 56% of Americans "have memory problems" and they "probably shouldn't" vote for him... 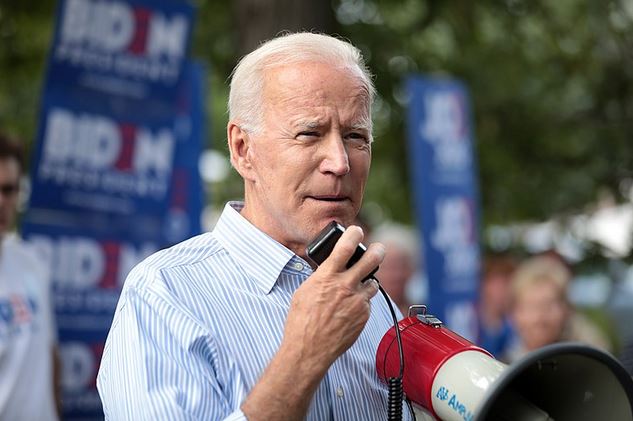 Democratic presidential nominee Joe Biden said during an interview on Monday that the 56% of Americans who say they are better off now than four years ago “probably shouldn’t” vote for him. Ironically, he added that they have “memory” problems.

Fox News reported, “Gallup, in a survey between Sept. 14-28, found that 56% of registered voters said they were better off than they were four years ago, while just 32 percent said they were worse off.” “This is in spite of the coronavirus pandemic, which has also led to an economic downturn and a number of pandemic-related restrictions for businesses and schools across the country. But it suggests that voters still have a strong economy that carried through the majority of Trump’s term in mind.”

Biden was asked about the results from the poll during an interview with WKRC-TV in Cincinnati.

Biden responded, “Well, if they think that, they probably shouldn’t.”

“They think 54% [sic] percent of Americans are better off economically today than they were under our administration?” Biden asked. “Well, their memory is not very good, quite frankly.”

“And in addition to that, we have a president who doesn’t share the values of most Americans,” Biden claimed. “He’s not very honest with people. He is flouting the conventions relative to public safety in terms even now not wearing a mask.”

The poll results are a good sign for the Trump campaign, as the economy is the top issue for voters in this election, according to polling.

“With the country in the midst of a recession, nearly eight-in-ten registered voters (79%) say the economy will be very important to them in making their decision about who to vote for in the 2020 presidential election – the top issue of 12 included in the survey,” Pew Research Center reported. “The economy is consistently a top voting issue. In a survey asking a similar, though not identical, list of issues in June 2016, the economy also was the top voting issue.”