The Next Impeachment Attempt 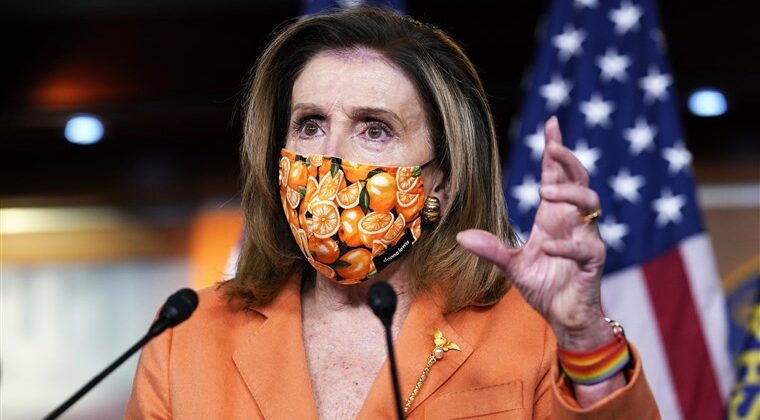 House Speaker Nancy Pelosi (D-CA) said during a press conference on Friday that Rep. Jamie Raskin’s (D-MD) legislation to remove presidents for incapacity using the 25th Amendment is “not about President Trump.”

“He will face the judgment of the voters, but he shows the need to create a process for future presidents,” Pelosi said.

“Congress has a constitutional duty to lay out the process by which a president’s incapacity” is determined, Pelosi continued before adding “But we are reminded of the necessity of this action by the health of the current president.”

Breitbart News’ Joel Pollak wrote this week Pelosi “appears to be exploiting Trump’s recent coronavirus diagnosis to create a sense of instability around the administration prior to the election, though the president is recovering and is showing no further symptoms of the illness.”

House Republican Leader Kevin McCarthy (R-CA) said on Thursday he would create his own commission to investigate Pelosi’s mental capacity as the leader of the House.

The relevant part of the 25th Amendment, Section 4 reads:

Raskin, who played a pivotal role in the Democrats’ drive to impeach the president,  said during the press conference that removing the president for his inability to carry out the office would only be for “extreme situations.”