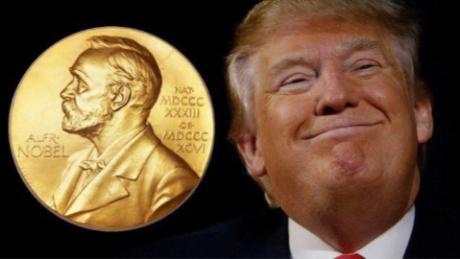 “As all of you know the president and the first lady tested positive for COVID-19,” Meadows told reporters at the White House Friday. “They remain in good spirits.”

“The president does have mild symptoms, and as we look to try to make sure that not only his health and safety and welfare is good, we continue to look at that for all of the American people,” Meadows continued.

Meadows said that the president “continues, not only to be in good spirits, but very energetic.”

Still, Trump has not made any public appearances Friday. The president was scheduled to host a phone call on COVID-19 support to vulnerable seniors. But Fox News is told Vice President Mike Pence took over the call.

Meadows said that he spoke to the president “a number of times” Friday morning and that he received “the normal five or six things he tells me to do every morning.”

“He is certainly wanting to make sure that we stay engaged,” Meadows said, adding that “it is critically important” for the doctors “to continue to monitor his health and the health of the first lady.”

“They’ll be glad to provide some updates later today as we look at this,” Meadows said, adding that the White House has “a number of contingency plans in place for this.”

The chief of staff went on to tout the president for “staying committed to working very hard on behalf of the American people.”

“His first question to me this morning was, ‘How is the economy doing?’ ‘How are stimulus talks going on Capitol Hill?’” Meadows said.

Meadows added: “He is going to remain on the job and I am optimistic he will have a very speedy recovery.”

Meanwhile, Meadows said that the White House thought it was “important” to share the news of the president’s positive COVID-19 test as soon as possible.

“In the early hours of the morning, the minute we got a confirmatory test on the president, we felt it was important to get the news out there at that time,” Meadows said. “That’s why we sent out the tweet early this morning.”

The president, just before 1 a.m. Friday, tweeted: “Tonight, @FLOTUS and I tested positive for COVID-19. We will begin our quarantine and recovery process immediately.”

He added: “We will get through this TOGETHER!”

“This evening I received confirmation that both President Trump and First Lady Melania Trump have tested positive for the SARS-coV-2- virus,” Conley said. “The President and First Lady are both well at this time, and they plan to remain at home within the White House during their convalescence.”

“The White House medical team and I will maintain a vigilant watch, and I appreciate the support provided by some of our country’s greatest medical professionals and institutions,” he continued.

He added: “Rest assured I expected the President to continue carrying out his duties without disruption while recovering, and I will keep you updated on any future developments.”

White House Communications Director Alyssa Farah tweeted: “Nothing keeps @realDonaldTrump down. He is resting & recovering under his doctors orders, but continues to be focused on the welfare of the American people.”