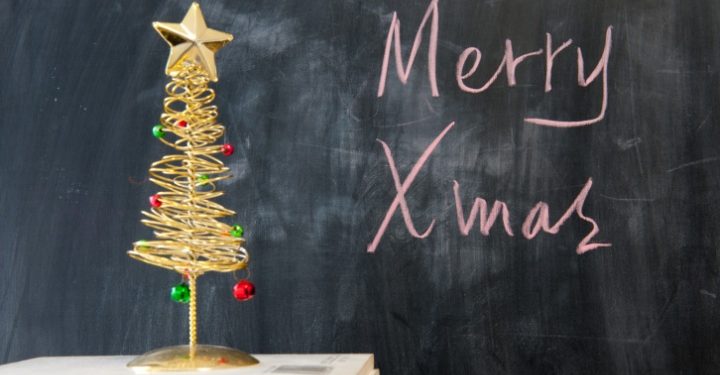 Christmas is both a religious holiday for Christians and an official national holiday – but the all-important
“spirit of Christmas” has been fading for decades. It is just that this year – Christmas as a national experience of love and joy was virtually dead.

Oh, we still got through it – and lots of families found the old Christmas spirit in the confines of their homes. Millions of children woke up Christmas morning to those special brightly colored packages left by Santa Claus. And millions of folks were condemned and shamed by the news media for travelling and gathering – but they still did.

The Christmas spirit began to die out when the official national holiday was juxtaposed to the meaning and emotions of the religious holiday. It was that evil culture of victimization known as political correctness that became the ultimate grinch who stole Christmas.

Even though we are a nation in which more than 70 percent of us are self-declared as “people of faith,” any overt expression of our respective religious or faith-based beliefs are nullified in a wave of competitive secularism.

Virtually all the iconic symbols of this religious holiday are banned from the commons, the public square and the commercial arena. The creche – depicting the birth of Jesus – is rarely seen outside of church properties and a diminishing number of front lawns.

In my youthful days in Chicago, there was always a Christmas stroll down State Street to see all the merchant widows with life-size animated dioramas depicting Santa Clause and his workshop. But there was always the creche and innumerable religious symbols. Virtually every tree was topped off with either the Christmas Star or an Angel.

The last time – intentionally the last time — I took my family for a stroll past the Marshal Field Christmas windows, I was disappointed and saddened to see that all the windows were devoted to Harry Potter. The large tree in the Walnut Room was devoid of stars and angels.

All my life there has been a tension between religious relevancy and crass commercialism – with the latter gradually winning out. Perhaps, the ultimate insult to the original purpose of the holiday was the introduction of the “festivus tree” – a bare metal rod that mocked the history and meaning of the Christmas tree. Initially a joke on an episode of the “Seinfeld Show,” the absurdity was embraced by secularists as part of the holiday tradition. Some communities ridiculously included the festivus tree as part of their civic display.

For many years, there were special movies that reflected the meaning of the holiday – portraying the travel of Mary and Joseph to Jerusalem. Other movies – such as “Holiday Inn” (that gave us the song “White Christmas”) and “It’s a Wonderful Life.” The spirit of Christmas was seen in such children’s fantasies as “Rudolph the Red-Nosed Reindeer” and “The Christmas Carole.” These classics are still around, but they have been displaced in the center of popularity with such neo-classics as “The Grinch Who Stole Christmas” and “The Christmas Story” – both entertaining but lacking the emotion of the holiday. In recent years, the new Christmas movies tend to be more about dysfunctional families than the spirit of love and joy.

Same with the music. Over the years, Christmas has provided the world with anthems of loving and joy. “Silent Night,” “Oh, Holy Night,” “Oh, Come All Ye Faithful” and “It Came Upon a Midnight Clear” are just a sampling. None of these so-called “religious” songs are dared to be played in public places – sometimes banned by legal actions.

My family and I experienced the infusion of the secularism of political correctness when attending the holiday concert at Chicago’s St. Patrick’s Church – an auxiliary of Holy Name Cathedral, where our son attended elementary school. Many of the “old favorites” and the traditional hymns of the season were missing from the program.

Instead, we heard our kids singing various songs from around the world – African chants and “Kumbaya.” There were Asian songs and the Jewish “Dreidel, Dreidel, Dreidel.” I would have enjoyed these songs as a secular learning and sharing experience, but not in place of the traditional music of the Christmas Season. The church leadership went so far as to re-write “We Wish You a Merry Christmas” to “We wish You a Happy Holiday.” You were not allowed to say “Christmas” in a Catholic Church at a celebratory event!

I found the prohibition of religious music in public places to be particularly ironic on my first trip to China. It was in late November. As I strolled the main square of Harbin, the public sound system was not only playing traditional Christmas Carols – but even the most religious classics. Imagine that. A nation of mostly Buddhists with an officially atheist Communist government is playing songs that are essentially banned – by culture and law – in the land of freedom.

The politically correct folks are wrong. Christmas is not an affront to any other religion. It is one religion spreading its goodwill to all mankind – all religions. It is not celebrated to the exclusion of other religious holidays like Hanukkah or Ramadan.

The cancel culture, that claims no religious icons should be found in the commons, tends to divide us. In a truly free society, ALL religions should be able to share – just as we share ethnic food, clothing and customs. It is part of the mutual learning experience, the source of cultural enrichment and the all-important assimilation process.

I feel sorry for the younger generations who are not experiencing the highly emotional and meaningfulness – that their world can, for a few days, be a wonderful place of love and joy. Not the spiritless celebration it is becoming.

So, I hope everyone had a MERRY CHRISTMAS of love and joy in the original meaning.

Is Iran Preparing to Attack When Trump Leaves Office?

Why Dr. Fauci Lied to Americans About Herd Immunity