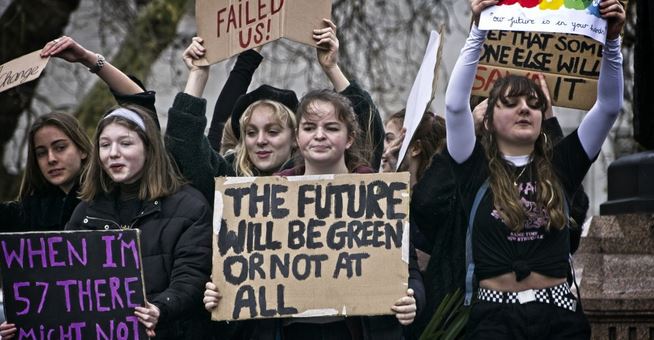 According to a Washington Free Beacon report, Maggie Thomas has been chosen to serve as Office of Domestic Climate Policy Chief of Staff and Cecilia Martinez will serve as Senior Director for Environmental Justice. Both incoming advisers said that racism drives climate change and insist that Biden’s environmental policies should be based on “racial and economic justice.”

In 2019, the House Select Committee on the Climate Crisis released an “Equitable & Just” climate platform that demanded “environmental justice, equity and reducing pollution in overburdened communities” be front and center in the fight against climate change.

“For too long, systemic racism and injustice have disproportionately exposed economically disadvantaged communities, tribal communities, and communities of color to the highest levels of toxic pollution. As the current COVID-19 crisis demonstrates, the interconnection between environmental and health risks has created crisis conditions for communities already battling toxic pollution that causes respiratory and other illnesses. Unless intentionally interrupted, systemic racism will continue to be a major obstacle to creating a healthy planet. The only path forward is to design national climate policies that are centered on justice,” Martinez said in a press release.

Thomas’s plan calls for trillions more in government spending to fight climate change. It includes more welfare programs such as rent and utility relief. The plan also demands the U.S. move away from fossil fuels. She demands Biden use executive action to establish a “government-wide environmental justice initiative” that would focus “federal environmental policy around equity, justice, and inclusion.”

Daniel Turn, founder and executive director of the nonprofit organization Power the Future, told the Free Beacon that the incoming Biden administration is seemingly trying to justify nationalizing “the nation’s energy industry” under the pretenses of “racism” and “justice.”

“Punishing America’s energy workers will do nothing to address climate change and it will do nothing to address injustices. It will, however, cause the prices of gas and utilities to rise sharply, and that will punish the less privileged most of all,” Turner said. “We do need to talk about housing, employment, and racism, but doing so under the pretext of energy policy will deliver muddied, expensive, and pointless legislation.”