This is a big conflict of interest. 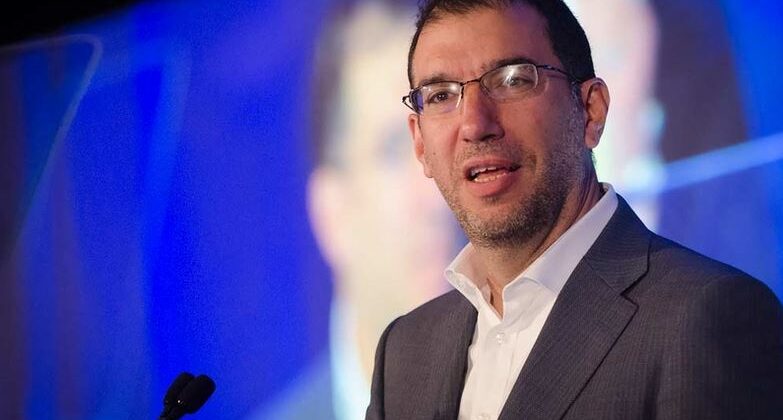 Slavitt hosted a bi-weekly podcast about the pandemic called “In the Bubble.” The podcast was flooded with advertisements for Livinguard, a Swiss company that makes medical-grade masks. According to an Axios report:

“Slavitt said during one episode: ‘Why I like the Livinguard masks and why I wear them is cuz they actually deactivate coronavirus thanks to their incredible patented technology that’s been shown to mitigate the spread of microorganisms like bacteria and viruses.'”

On Tuesday, Slavitt told Axios that “as of today” the podcast would not be featuring his endorsements anymore.

Apple Podcasts’ description of “In The Bubble” says, “Healthcare expert Andy Slavitt became America’s COVID dad by shepherding us through the pandemic.”

Slavitt was the administrator of the Centers for Medicare and Medicaid Services from March 2015 to January 2017.

In October, right before President Trump tested positive for Covid-19, Slavitt said in a tweet, “He must be quarantining because he doesn’t want to pass the hoax on to anyone else.”

Slavitt was a guest on MSNBC last March, where he talked to host Katy Tur about the federal response to the COVID-19 pandemic. Slavitt criticized the Trump administration over the initial mask shortage. He also called on Trump to use the Defense Production Act to force companies to produce more PPE.

Here is a transcript of part of the interview:

Tur: “[W]hen they start to try and coordinate the response federally and what we’re seeing is just a frantic lack of personal protective equipment. We just got this word from the CDC saying, hey, listen, if you’re out of face masks, use a bandanna or a scarf. I mean Andy, that is — that is astonishing to think that here in the United States, this first world with all of our advanced, all of our advances, all of our money, all of our resources, that here in this country, doctors and nurses are being told to tie a scarf around their face.”

Slavitt: “Well, we owe them more than that. These folks, the frontline doctors and nurses and first responders, they’re going to be on the frontline for quite some time. It’s not going to be measured in days or weeks. It’s going to be measured in months and we’re already sending them into battle without the things that they need to protect us and themselves, and that’s not right and that’s what happens when there’s a lack of preparation. But, you know, we can’t navigate from where we wish we were. We have to navigate from where we are, and so we are going to have to do some dramatic things that so far the President has been unwilling to do.

Number one, he seems to be backtracking from using the Defense Production Act, which would allow him to start making these masks in large numbers, which could be done in a very short time and getting them out to people. He has to face the pressure to do that. It doesn’t make sense. If he wants to be a wartime general, he has got to arm his troops and he says he’s a wartime general. He’s got to do that. The second thing, I called for this yesterday, we need to pass a $5,000 a month payment for every frontline health care worker in the country so they can afford to take care of their family, they can afford child care, they can afford all of the things they need. We need to start thinking of them the same way as veterans and people in the military. They’re a protected class and we owe them a great deal.”

The Biden Administration is Asking for Your Pronouns