This is the Left's biggest concern? 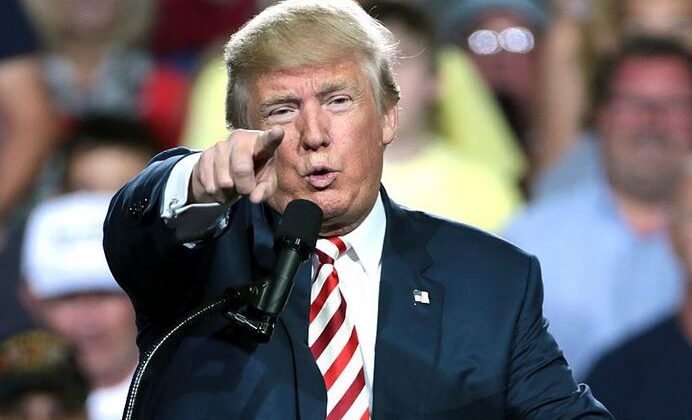 House Representatives Linda T. Sánchez (D-CA) and Joaquin Castro (D-TX) are working on a bill to make sure President Donald Trump is never memorialized in any official manner.

“I am working on a bill that would mean that nothing — not even a bench, no airport, no highway, no school, nothing — ever bear the name of this traitor,” California congresswoman Linda Sánchez told People magazine. She described her experience during the January 6 Capitol riots, and expressed that she wanted to hold people accountable, “[starting] with the President because he invited people to the Capitol, and he incited them.”

Sánchez also supports the attempt of another impeachment. She said, “Given that those around Trump have never stood up to him, I have a hard time believing that they will meet this moment with the, with the appropriate response. So we have also, I have also, signed on to articles of impeachment to try to remove him.”

Not only did Sánchez call Trump a “traitor,” she also implied that he was guilty of sedition, saying “I don’t think that he deserves any of the benefits that are conferred on prior presidents. I don’t believe that a seditious occupant of the White House should have ever have anything named after him.”

Congressman Joaquin Castro, a Texas Democrat, gave similar remarks in a two-part tweet. “In addition to supporting the impeachment and removal of Donald Trump, I am also preparing legislation that would prohibit any federal building or property from being named after President Donald J. Trump.”

He continued, “President Trump incited an insurrection that damaged some of our nation’s most significant and sacred federal property. Most importantly – let us learn from our past. Donald Trump should never become a future generation’s confederate symbol.”
YOU MIGHT LIKE

How Trump’s Impeachment Will Backfire for Democrats