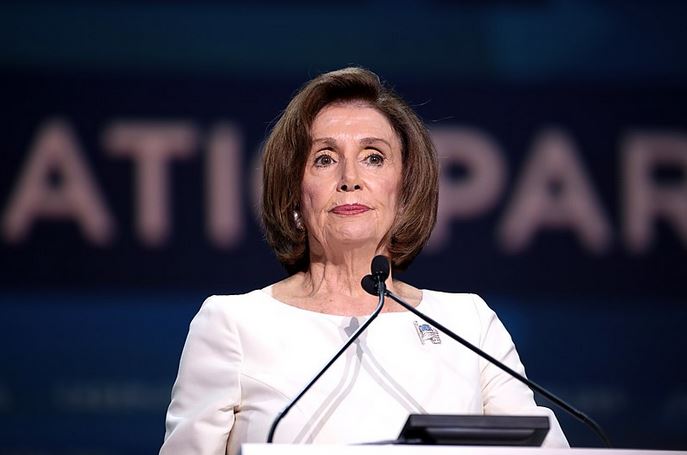 Speaker of the House Nancy Pelosi talked about the gap in economic status between Americans at her weekly press conference on Wednesday. She said that the Covid-19 pandemic has “pulled back the curtain to reveal further disparities in our economy and in our society.” She added, “clearly, the disparities in income and equity in our country are vast.”

She also claimed that these economic disparities have “gotten worse”:

“This vaccine – this pandemic is horrible. I mean, in every way, the lives and livelihoods of the American people are affected by it in a massive way. However, it has also pulled back the curtain to reveal further disparities in our economy and in our society. They have become – come into sharper focus because of the pandemic. …

Clearly, the disparities in income and equity in our country are vast.  We’ve known that.  They’ve only gotten worse, and the pandemic, again, puts it in sharper focus. And that’s why I’m proud to announce the creation of a new bipartisan Select Committee on Economic Disparity and Fairness in Growth, which will be a central force for the Congress to combat the crisis of income and wealth disparity in America.”

Pelosi received massive backlash after these comments, with people pointing out her own vast personal wealth, which is estimated to be $114 million, according to her 2018 personal financial disclosure.

Just last April, Pelosi appeared on an episode of “The Late Late Show” with James Corden. As she spoke from her Napa Valley mansion, Corden asked her to “share something from her home.” She walked over to two massive built-in refrigerators and a slide open freezer drawer. She later posted a clip of the episode on Twitter, saying, “We all have found our ways to keep our spirits up during these trying times. Mine just happens to fill up my freezer.”

Joe Biden tweeted back at Pelosi, saying “You have great taste.”

Both sides of the political spectrum criticized Pelosi after the episode. Actor James Woods said, “Her two refrigerators together cost $24,000 for her specialty chocolate ice creams, but she hates the small business owners of America. ‘Let them eat cake.’”

Left-leaning journalist Glenn Greenwald added, “Her two huge refrigerators by themselves cost more than many people make in a year. It’s so revealing that the politician Dems adore most is one of the richest members of Congress. Pelosi has been so rich for so long that she can’t see how tone-deaf this is. It’s her normal.”

Author Jacob Bacharach said, “Everyone is laughing at this psychopath eating ice cream while on vacation as tens of thousands of people are dying, but has anyone *also* pointed out that she’s sitting in front of something like $30,000 worth of Sub Zero appliances in just this one narrow shot?”