The psuedo-conservative group is now aiming for Senator Cruz 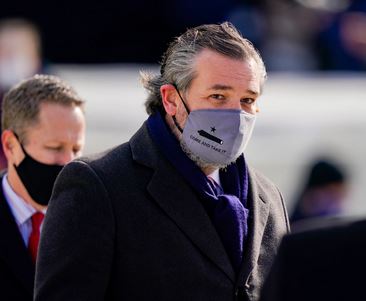 One of the co-founders of The Lincoln Project warned Republican Texas Senator Ted Cruz that he will be their next target.

The Lincoln Project co-founder Rick Wilson told the podcast “Y’all-itics” on January 18 that the pseudo-conservative, Trump-hating group plans to target Ted Cruz for “inflaming [a] crowd” that stormed the Capitol Building on January 6th.

Wilson claims that Cruz “pretended to be a constitutional conservative” when he raised concerns about the election. He also said that Cruz was a “shallow, crass … political opportunist,” claiming he only acted concerned about election integrity to help his chances of a future presidential run.

“Ted is just one of the members of the ‘sedition caucus,’” Wilson said. He also called out Republican Senators Josh Hawley of Missouri and Ron Johnson of Wisconsin.

“We saw that action as something that was overtly seditious, it was overtly part of an insurrection seeking to overturn a free and fair election.” Wilson said.

He also claimed that the GOP had “bought the ticket” for the Republican party splitting, saying that the GOP is now defined by “authoritarian statism” and “imaginary oppression.”

The Lincoln Project has recently been under fire after co-founder John Weaver was accused of sexual assault, which allegedly involved him grooming young men for sex in exchange for job opportunities.