The Biden Administration is Asking for Your Pronouns 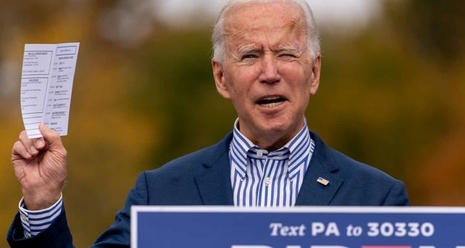 On Biden’s first day in office, his administration has already changed the contact form on the White House website. It now includes a question asking which pronoun you use.

This was just one of the 17 executive orders that President Biden signed on January 20th, the day of his inauguration. Many of these orders undo Trump’s accomplishments.

New: Here’s a breakdown of the 17 executive actions President Biden will sign this afternoon in the Oval. Many directly undo Trump’s touted accomplishments. @cbsnews pic.twitter.com/oQSVK5MYWr

This statement is pretty vague, especially because federal law already protects people on the basis of sexual orientation and “gender identity.” In the 2020 case Bostock v. Clayton County, The Supreme Court ruled that those protections apply to the workplace too.

Their Wednesday press release said, “Biden’s executive order is the most substantive, wide-ranging executive order concerning sexual orientation and gender identity ever issued by a United States president. Today, millions of Americans can breathe a sigh of relief knowing that their President and their government believe discrimination based on sexual orientation and gender identity is not only intolerable but illegal. By fully implementing the Supreme Court’s historic ruling in Bostock, the federal government will enforce federal law to protect LGBTQ people from discrimination in employment, health care, housing, and education, and other key areas of life. While detailed implementation across the federal government will take time, this Executive Order will begin to immediately change the lives of the millions of LGBTQ people seeking to be treated equally under the law.”

“On his very first day in office, President Biden is stating clearly that there is no place for discrimination in the federal government. Bostock v. Clayton County was a major victory for LGBTQ Americans. Today’s executive order moves us another step toward a day when transgender people can openly live as who they are without being targeted for discrimination,” she said.

In addition to now asking for pronouns on their website, the White House has also formed a new Gender Policy Council. The policy seeks “to guide and coordinate policy that impacts women and girls, across a wide range of issues such as economic security, health care, racial justice, gender-based violence, and foreign policy…”

Jennifer Klein of TIME’S UP will lead the policy along with Julissas Reynoso, the incoming Assistant to President Biden and Chief of Staff to First Lady Jill Biden.