Biden: “Everyone Knows I Love Kids Better Than People” 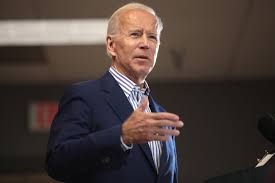 “Signing off with a final notable quote from Joe Biden during his town hall this evening: ‘Everyone knows I love kids better than people,’” wrote Kayleigh McEnany, former White House press secretary for President Donald Trump.

Biden made the comment when speaking to host Anderson Cooper about his new baby.

An exchange between Psaki and a reporter at the press conference went as follows:

“We know where President Biden stands on Hyde Amendment,” [EWTN reporter Owen] Jensen said. “But that being said, can this administration right now guarantee if the American rescue plan is passed that no taxpayer dollars will go to the abortion industry?” …

“Well, the president’s view on the Hyde Amendment is well known as you have stated in your question,” Psaki responded. “He also believes that community health centers are a key part of addressing the pandemic of ensuring that people and communities have access to vaccines, have access to treatment and information about making sure they’re healthy and their loved ones are healthy. So that remains a priority to the president. He’s shared his view on the Hyde Amendment. I don’t think I have anything for you.”

“Well, I think, Owen, as I’ve just noted, three quarters of the public supports the components of the package, wants to see the pandemic get under control, wants to see people put back to work, vaccines in arms,” she responded. “So I think that answers your question. Okay, we’re gonna move on.”

As noted by Politico, Biden has already rescinded the Mexico City policy, a rule that barred U.S. foreign aid from going to organizations that provide abortions or abortion counseling.

In addition, the president withdrew the U.S. from the Trump-signed Geneva Consensus Declaration, which states that “there is no international right to abortion, nor any international obligation on the part of States to finance or facilitate abortion.”

“Domestically, Biden additionally signed a memorandum directing the Department of Health and Human Services to review and consider scrapping the Trump administration’s rule that overhauled the Title X federal family planning program, stripping tens of millions of dollars in grants from Planned Parenthood and other abortion providers,” Politico added. “Hundreds of providers have left the Title X program over the past couple of years, leaving big gaps in care.”