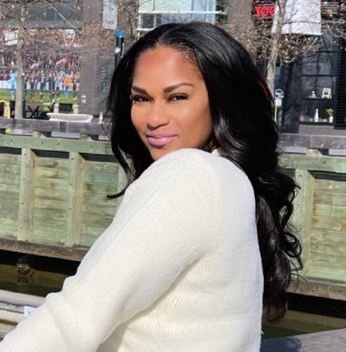 President Biden’s Deputy Spokeswoman for the State Department, Jalina Porter, said in a Facebook post in 2016 that “the largest threat to U.S. national security are U.S cops. Not ISIS, not Russian hackers, not anyone or anything else.”

She also claimed that there was a “genocide against Blacks” in the United States.

Porter made these comments while serving as a communications official for the Truman National Security Project. The organization also once employed Hunter Biden.

Porter formerly served as a senior aide in the congressional office of Louisiana Democratic Rep. Cedric Richmond. She was also formerly employed as a dancer for the Oakland Raiders of the NFL and Washington Wizards of the NBA.

“The largest threat to U.S. national security are U.S cops. Not ISIS, not Russian hackers, not anyone or anything else. If y’all don’t wake up and rise to this truth, the genocide against Blacks in America will continue until we are near extinct. That’s not the world I seek to live in or create for myself or those around me. I am calling out the majority because this means you need to take action … in your communities, churches, classrooms and with your Members of Congress. We can’t do this alone,” she said.

Porter’s comments were in light of two events: former San Francisco 49ers quarterback Colin Kaepernick kneeling during the National Anthem in protest and the shooting of Terrence Crutcher by a Tulsa, Oklahoma police officer. Both events occurred in September 2016.