The U.S. is Losing the Border under Biden’s New Rules

This is not an accident... 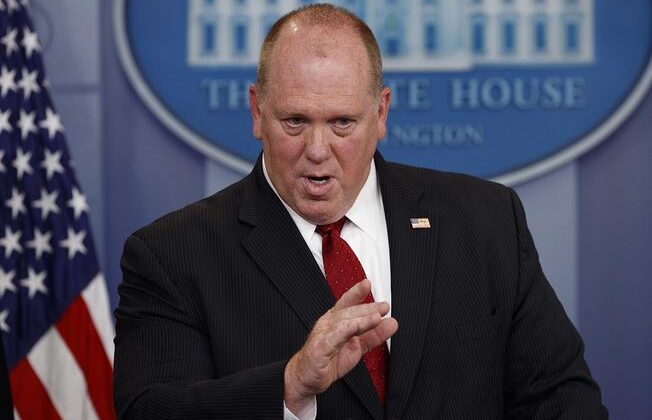 “And you know, so this isn’t by accident,” Homan said. “This is by design. This is an open border strategy. [Biden] has bowed to the left, we lose the border.”

“Let’s take a look at recent numbers,” Emanuel said. “2021 border encounters, Border Patrol averaged about 3,000 border arrests per day in January 2021, encounters at the border up 114 percent from the same time a year ago, the highest amount since July 2019. Tom, how do you assess those numbers?”

“I wrote an op-ed for Fox News seven months ago,” Homan explained, “and I said if Joe Biden became president, we would lose the border and it’s happening. The surge is already there. Now, you mentioned those numbers, but the truth is, it’s almost 4,000 crossings a day because Border Patrol isn’t adding [the ones who got away].

“So there’s a way they count footprints in the sand and vehicle stop. So it’s about 4,000 a day. Now, you times that by a month, that’s 120,000 month, which is 1.4 million a year. And that’s why Title 42 is still in place for single adults. Once [Remain In Mexico] stops adhering to Title 42, the numbers will be astronomical. And we knew this will happen because all the promises Joe Biden has made and he continues to make. And you know, so this isn’t by accident. This is by design. This is an open border strategy. He has bowed to the left, we lose the border,” he continued.

During the interview, Emanuel showed a quote from a memo from the current acting ICE director Tae Johnson. It said, “generally these convictions would not include drug based crimes (less serious offenses), simple assault, DUI, money laundering, property crimes, fraud, tax crimes, solicitation, or charges without convictions.”

“Well, obviously not,” he continued, “because DUI is a public safety issue, over 10,000 people a year die from DUIs and if Joe Biden ever sat down and talked to an angel mom or angel dad, and I’ve met hundreds of them, whose children were killed by someone here illegally, over a DUI, they’ve lost their children.”

“And look this this isn’t about public safety at all, because he says sex offenders are still a priority. But he hasn’t done a thing about sanctuary cities. So sanctuary cities like New York, Chicago, Los Angeles, Boston, I go on, Seattle, they’re not going to honor ICE detainers whether a sexual predator or not,” he added.

“So this [is] meaningless, this [is] disingenuous, to say sexual offenders are still a priority, but you know what, we’re not gonna let these big cities, you know, change the way they conduct business with ICE. And how they conduct business ICE? They don’t. They don’t accept their retainers. So this is this is disingenuous. This is a false narrative to the American people,” he said.

Emanuel then brought up Florida Governor Ron DeSantis, who is also concerned about border crossings. “Of course, they’re not being screened for COVID at the southern border, because this is all political. So he’s opening the border, he’s letting illegals pour in. They’re not doing any COVID tests. They’re just coming into the communities,” DeSantis said.

“He’s exactly right,” Homan said. “Thousands of family units have been released in the United States over the past few weeks, no COVID test. And being released in American communities with no COVID test, and on top of that, as soon as they get to the destination, they qualify for a work visa, they’re going to be competing for the same jobs that unemployed Americans are competing for now because the unemployment rate is extremely high.”

“So you know, the Biden administration says we’re concerned about COVID, we want federal mandates on masks, and we’re shutting down schools. At the same time, thousands of are coming across the border with no COVID test, no mask, being released in the US to compete for the same us jobs that many of our middle class workers are gonna be competing for. It’s again, it’s a switch on the American people. They don’t care about employment of Americans, they don’t care about COVID, or they would take action on the border to protect Americans,” Homan concluded.

Is Dwayne ‘The Rock’ Johnson Running for President?