But he wants to require a negative test for American citizens to fly domestically... 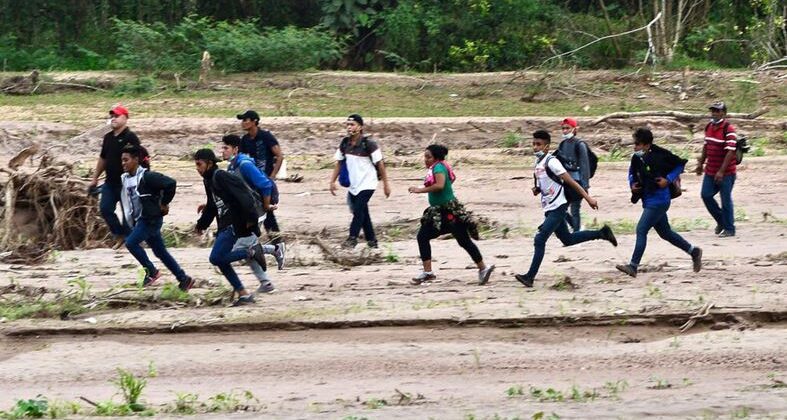 Sheriff of Jackson County in Texas, AJ Louderback, appeared on Fox News’ Tucker Carlson’s show on Monday night. He told Carlson that it was “absolutely true” that the Biden administration is allowing illegal immigrants into U.S. communities without testing them for COVID-19.

“It’s absolutely true. It’s even, if I can continue, Tucker, the memo, the memo that I received this last week, it’s essentially a defund the ICE by memo, by a memorandum that was sent out by David Borkowski on Jan. 20 or 21. So this is a particularly devastating document for Texans and Americans here in the United States. The message really has been sent, when I read it first and looked at it, it’s a message to the world, you can come here illegally, you could commit crimes here against Americans and remain here illegally,” Louderback said.

According to Louderback, the Biden administration’s policies are going to get people “hurt, seriously injured, killed.”

He also said that the policies will cause “irreparable harm” and that law enforcement officials are “worried.”

“Every police officer in the United States should be extremely concerned about the attitude, the lawlessness, the complete abject removal of law, we have a nullification of the law here going on,” Louderback continued. “It’s not we’re not we’re gonna … enforce anything, we’re going to allow our CBP, our ICE officers, USCIS, all three were affected by this memo, which effectively guts the IMA and in handcuffs them where they’re unable to respond. So in law enforcement here, those of us who do not have the jurisdiction to enforce the federal laws here, we have created a situation here, which is unthinkable for the public. The public has no idea, the strength of a memorandum that’s been filed here in the United States by this administration.”

The Anti-Israel Move Biden Just Made