Is Dwayne ‘The Rock’ Johnson Running for President?

The wrestler/actor may be our next President... 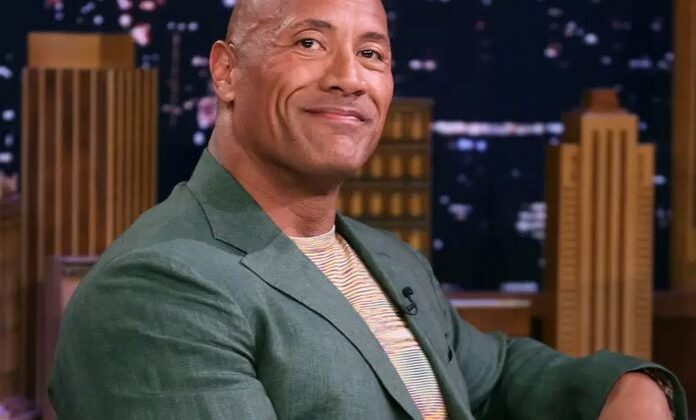 Wrestler and actor Dwayne “The Rock” Johnson is thinking about a potential run for the White House.

In an interview with USA Today about his new sitcom “Young Rock,” The Rock talked about the comments he made in 2017 on The Ellen DeGeneres Show that he may run for President.

“I would consider a presidential run in the future if that’s what the people wanted,” he said. “Truly I mean that, and I’m not flippant in any way with my answer. That would be up to the people…So I would wait, and I would listen. I would have my finger on the pulse, my ear to the ground.”

The Rock’s new sitcom will also feature fake interviews from the future in 2032 that show him running for president.

In September, The Rock endorsed Joe Biden for President. He called himself a “centrist,” saying that he has voted for both parties. He also called Kamala Harris a “certified badass.”

“As a political independent & centrist, I’ve voted for both parties in the past. In this critical presidential election, I’m endorsing [Joe Biden] & [Kamala Harris]. Progress takes courage, humanity, empathy, strength, KINDNESS & RESPECT. We must ALL VOTE,” The Rock said in a tweet.

“I’ve got friends in all parties, but the one thing we can always agree on is the conversation and the dialogue, and where that conversation lands is always the most critical part,” he said in a video.

He continued, “I thought it was a great and extremely productive conversation that we had, and as a registered independent for years now with centrist ideologies, I do feel that Vice President Biden and Senator Harris are the best choice to lead our country, and I am endorsing them to become president and vice president of our United States.”

He said he got emotional because he felt like his “vote had been represented.”

The Rock has also criticized Trump for “not caring” about the Black Lives Matter movement following the death of George Floyd.

“Where is our compassionate leader? The leader who unifies and inspires our country at our most painful time when we need it the most,” he said in a video. “The leader who steps up and takes full accountability for our country and embraces every color in it. The leader who picks our country up off its knees and says you have my word — we got this — and together, change will happen. Where are you? Because we’re all here. Maybe one day that galvanizing leader will emerge. Either way, the process to change has already begun.”

The U.S. is Losing the Border under Biden’s New Rules