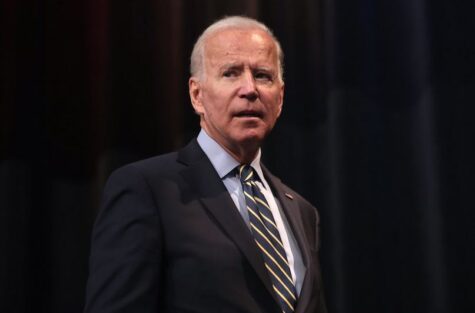 More Americans have died from COVID-19 in the first 20 days of Joe Biden’s presidency than died in the Vietnam war.

As of Monday morning, 60,178 Americans have died from COVID-19 under President Biden’s watch.

That is more than the 58,220 Americans that lost their lives during the Vietnam War.

“As many as 100,000 people are projected to die of the coronavirus in the first month of President Joe Biden’s tenure, raising the U.S. death toll above half a million, according to a forecast by the Centers for Disease Control and Prevention,” U.S. News & World Report said. “CDC Director Dr. Rochelle Walensky said Wednesday during a White House coronavirus response team briefing that the death toll from COVID-19 is forecast to reach between 479,000 to 514,000 people by Feb. 20 – a month after Inauguration Day.”

In April 2020, coronavirus deaths under the Trump administration hit the same grim milestone. The media used the comparison to attack Trump. Of course, they said nothing about Biden.

“It’s April the 29th, and by the end of this month, we will have lost more people to the coronavirus, dead, than we lost in the entire Vietnam War, Americans lost in the entire Vietnam War. And you know, I think the president should lower the flag on the White House to half-mast to recognize their loss, and all they leave behind. … Folks, I think if he does not do that, when I’m president, I promise you that’s what I’ll do,” Biden said back in April.

At a press conference, Olivia Nuzzi, a reporter for the New Yorker, asked Trump, “If an American president loses more Americans over the course of six weeks than died in the entirety of the Vietnam War, does he deserve to be re-elected?”

Steve Guest, the RNC Rapid Response Director at the time, said, “Watch New York Magazine ‘reporter’ Olivia Nuzzi crack a smirk as she asks @realDonaldTrump if he should be re-elected because Americans have died due to the coronavirus pandemic that emanated from China.”

Left-wing activist Meena Harris, niece of Vice President Kamala Harris, tweeted at the time, “As of today, coronavirus has killed more Americans than the Vietnam War. Trump must resign.”

This week, they were quiet when Biden reached the same numbers.