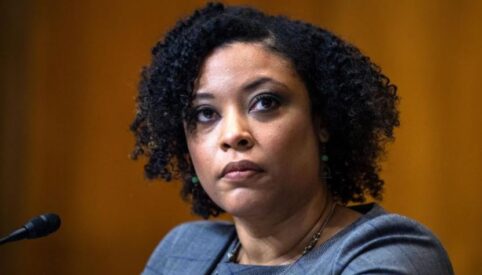 Young’s opinion on abortion went public after her nomination moved forward out of the Senate Budget Committee and Senate Homeland Security and Governmental Affairs Committee.

Young earned bipartisan support on Capitol Hill, but 15 of the 18 Republicans who sit on both committees ultimately voted against advancing her nomination.

The Republican senators who voted against Young cited her view on the Hyde Amendment, the law that prohibits federal tax dollars from funding abortions, except in cases of rape, incest, or to save the life of the mother.

“The President has spoken in favor of Congress ending the Hyde Amendment as part of his commitment to providing comprehensive health care for all women,” Young said.

“Further, eliminating the Hyde Amendment is a matter of economic and racial justice because it most significantly impacts Medicaid recipients, who are low-income and more likely to be women of color,” she added.

Ohio Senator Rob Portman (R) said he initially supported Young’s nomination. But after he learned of her position on the Hyde Amendment, he changed his mind.

“I had planned to support Ms. Young based on her testimony before the committee,” Portman said. “In reviewing her answers to the committee’s questions for the record, though, I’ve got to say I was really troubled by her responses, particularly her strong advocacy for eliminating the Hyde amendment.”

Surprisingly, Senator Lindsey Graham (R-S.C.), the ranking member of the Budget Committee, voted to advance Young’s nomination. However, he did want reassurances that she would not support regulation that “changes Hyde or chips away at it.”

“In her written responses, Ms. Young stated that ending the Hyde amendment is a matter of economic and racial justice because its impact is felt most among low-income women of color. This is simply a statement of fact,” Peters said. “But she also confirmed that she will follow current law, which includes the Hyde amendment. So I have a hard time following the objections of my Republican colleagues.” 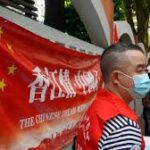 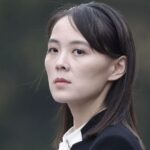