He has his mittens in a twist. 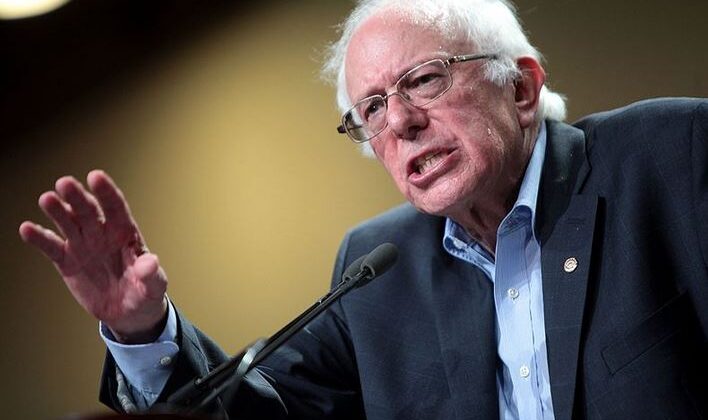 Vermont Senator Bernie Sanders (I-VT) has his mittens in a twist about Twitter’s permanent ban on former President Donald Trump.

Speaking to New York Times columnist and Vox co-founder Ezra Klein, Sanders said he was not “particularly comfortable” about the ban.

“Look, you have a former president in Trump, who is a racist, a sexist, a homophobe, a xenophobe, a pathological liar, an authoritarian, somebody who doesn’t believe in the rule of law. This is a bad news guy,” said Sanders. “But if you’re asking me, do I feel particularly comfortable that the president, the then-president of the United States, could not express his views on Twitter? I don’t feel comfortable about it.”

Sanders, a self-described Democratic Socialist who is heavily involved in President Joe Biden’s policy-making, has urged lawmakers to start thinking about social media and censorship.

“It is an issue that we have got to be thinking about,” he told Klein. “Because of anybody who thinks yesterday it was Donald Trump who was banned, and tomorrow it could be somebody else who has a very different point of view.”

Twitter’s unilateral decision to end communication between a sitting president and more than 88 million followers has been criticized by leaders thought the world.

“The right to freedom of opinion is of fundamental importance,” said Steffen Seibert, a spokesman for German Chancellor Angela Merkel. “Given that, the chancellor considers it problematic that the president’s accounts have been permanently suspended.”

“In my opinion, the decision to ban Trump was based on emotions and personal political preferences,” wrote Alexei Navalny, an opposition leader in Russia. “Don’t tell me he was banned for violating Twitter rules. I get death threats here every day for many years, and Twitter doesn’t ban anyone (not that I ask for it).”

Navalny, who is blocked from accessing state-controlled media in Russia, relies heavily on US-based platforms to communicate with his supporters. He has more than six million YouTube subscribers and more than two million followers on Twitter.

“Twitter is a private company, but we have seen many examples in Russia and China of such private companies becoming the state’s best friends and enablers when it comes to censorship,” warns Navalny. “This precedent will be exploited by the enemies of freedom of speech around the world…Every time when they need to silence someone, they will say: ‘this is just common practice, even Trump got blocked on Twitter.”

Another Shooting and the Left Blames Guns – Again