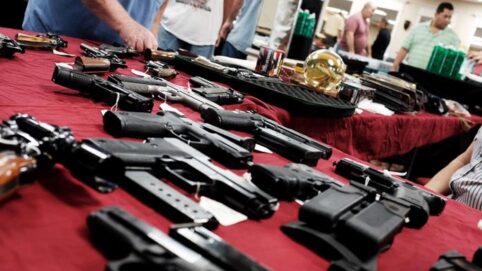 The Bipartisan Background Checks Act requires background checks for nearly all firearm purchases –  including those made online, in private, or at gun shows – and requires a licensed dealer or manufacturer to take possession of the firearm while the background check is being conducted.

The only exception to the rule is when a firearm is transferred as a gift between spouses.

Speaking to lawmakers this week, Rep. Steny Hoyer (D-MD) claimed 90% of Americans support the legislation – including most Republicans and gun owners. “This is one of the greatest examples of legislation that truly reflects the will of the American people,” said Hoyer.

Democrats say the rule is necessary to keep individuals banned from owning a gun from buying one, but critics view the bill as a violation of Second Amendment rights that would be difficult to enforce.

“What have background checks accomplished?” asks Rep. Thomas Massie (R-KY). “Well, the DOJ said there were 112,000 denials in a year. Who are those 112,000 people? Well, my colleagues on the other side of the aisle would have you think those were felons…but how many of those 112,000 were prosecuted for that crime of trying to acquire that gun? According to the DOJ, 12 one to 12 in a year. Who were the other 100,000?”

Massie expressed concerns that the new rule would prevent victims of abuse from borrowing a gun for protection and noted that most gun-related crimes are not conducted by individuals seeking to obtain a gun legally.

Most concerning is that the bill does not require licensed gun dealers to alert ICE in the event that an illegal alien attempts to purchase a firearm.

The Enhanced Background Checks Act extends the amount of time authorities have to conduct a background check before a gun sale from the current 3 days to 10 days.

Critics view the bill as a violation of Second Amendment rights and question its effectiveness in preventing crime.

“I will not stand by and allow our rights to be stripped away,” argues Rep. Ben Cline (R-VA). “My colleagues on the other side of the aisle claim that these bills will save lives. However, nothing in them would have stopped any of the recent mass casualty shootings that have occurred in our country.”

Both bills have support from President Biden, though it is unclear if they will make it through the Senate. 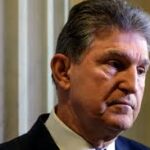 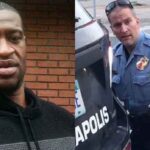