This City Takes The Lead In Progressive Nonsense 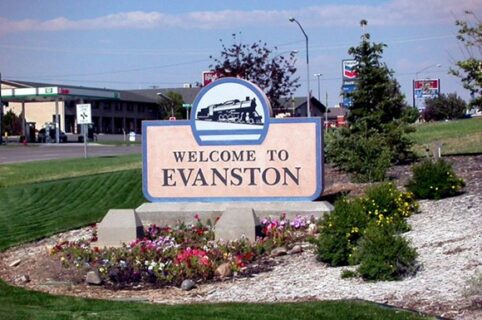 Evanston, Illinois is taking the lead in the latest bit of progressive nonsense — again.  This time it is the issue of reparations.  The City Council has set aside approximately $10 million to pay reparations to compensate for slavery and years of oppression.  According to media reports, some Black folks will be paid up to $25,000 in compensation.

The legal concept of reparations is usually a matter left up to the courts where there is specific evidence that a real live person (or entity) suffered unfair losses due to the corrupt actions of another real live person (or entity).  It is also used against nations that have waged and lost wars.  Germany finally paid its last reparations for the damage caused by World War II in 2010.

When President Clinton brought up the idea of reparations in the 1990s, I suggested that if … IF … we were to justly apply the concept of reparations we should apply it to those provably responsible – the Democratic Party.  Anyone whose ancestors were Republicans should be exempt from paying reparations.

There may have been a time when reparations for slavery made sense.  That would have been at the end of the Civil War. In fact, there were efforts toward reparations – including that old “ten acres and a mule” program.

It would take a community like Evanston to jump both feet into the issue of reparations.

I not only look at Evanston, Illinois through the distant lens of a public policy commentator, but as a former resident.  It was a wonderful place to live as long as you tolerate the characteristically arrogant left-wing political leadership.  I tried to help by running for alderman as the “common sense” candidate.  Of course, I lost.

I also tried to address the racial issues in this highly segregated and oppressive left-wing (hypocritical) community.  A young Black activist named Hecky Powell and I co-founded The Evanston Coalition.  We did draw attention to the problems, but – to be honest – we did not have a lot of success against the racist liberal culture.

Just to give you an idea of what Evanston is like, here are a couple of quick examples.  Progressives love symbolic gestures that have no real meaning.  Sooo … the Evanston City Council once voted to declare their small community a “nuclear free zone” – and signs with that message sprung up all over town.  One can only imagine the fear that put into the hearts of the Russians and Chinese.

When my company represented a cable company implementing a contract with Evanston, the City leaders insisted that they needed five or six public access channels.  We advised no more than two – based on experience in other communities.

We were told they absolutely needed more because … the people of Evanston were more sophisticated, intelligent, and civic-minded than most people.  (Does that sound like typical left-wing arrogance?)  Weeell … once the service was operating, there was no greater usage than any other town – exploding the ever-present myth of liberal superiority.

I had a religious experience in Evanston.  (No, not that kind.)  I quit our Episcopal Church when the pastor used the commons room – where we usually exchanged niceties over coffee and cookies after the Sunday service – to erect a display accusing America of war crimes in World War II.

What I really liked about Evanston, however, was my neighborhood.  We were a highly engaged block – we seemed to be constantly socializing.  We drank a lot in those days – which may be what made the politics of Evanston tolerable.

I always thought of Evanston as the Vermont of the Midwest — a bastion of silly left-wing culture … a Twilight Zone where reality and common sense did not exist.