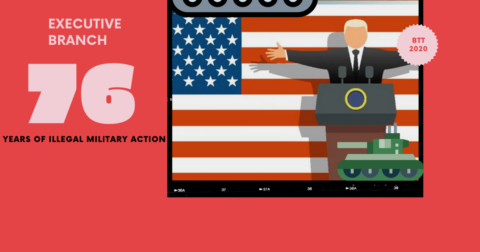 For a country that has not declared war since World War 2, the United States has managed to have an unrivaled global footprint in its 76 year-long golden age of peace. Over that time, the executive branch has managed the following:

To make matters worse to the general public, these conflicts are increasingly dependent on individual rather than corporate taxes.

Given America’s 243 post-WW2 uses of armed force, Congress would appear to have abdicated their constitutionally granted power to declare war. Nearly without exception, the founding fathers had been explicitly against such an occurrence – and for good reason. Since Congress lost the ability to the executive branch, the result has been perpetual conflict.

The era of the inverted constitution.

In his draft constitution, Alexander Hamilton sought to give war powers to the Senate, along with the ability to approve treaties and ambassadors.

At the Philadelphia Convention, Pierce Butler was the sole voice who believed the chief executive should have the power to declare war. Elbridge Gerry, along with many in attendance, was noted to have expressed shock at Butler’s perspective. He “never expected to hear in a republic a motion to empower the executive alone to declare war.”

The first Chief Justice of the U.S., John Jay believed initiating war was fundamentally different from general foreign policy duties: “[A]bsolute monarchs will often make war when their nations are to get nothing by it, but for purposes and objects merely personal, such as a thirst for military glory, revenge for personal affronts, ambition, or private compacts to aggrandize or support their particular families or partisans. These, and a variety of other motives, which affect only the mind of the sovereign, often lead him to engage in wars not sanctified by justice or the voice and interests of his people.”

While we the people of 2021 quite often find ambiguity in the language dictating our rights, this is not a grey area. The past 76 years have been a never-ending sequence of exactly what John Jay described in 1788: a direct violation of our founding documents. When considering the deaths, opportunity costs, and psychological indignities associated with this blatantly illegal adventurism, our founding fathers would find our current America unrecognizable and appalling.

Tensions are mounting in Ukraine and in Northern Europe, with a massive buildup of both NATO and Russian troops. In this context, we find bi-partisan support for a bill to require the president to seek the advice and consent of the Senate before suspending, terminating, or withdrawing U.S. membership in NATO. In a tragic irony, a 2021 American president has an easier time initiating a war than ending or avoiding such a conflict.

One thought on “76 years of illegal military action” 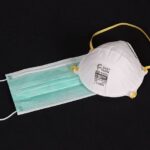 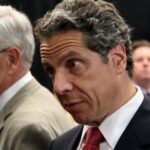