George Floyd’s Girlfriend Testifies That He Overdosed Months Before Death, Was With Drug Dealer During Arrest 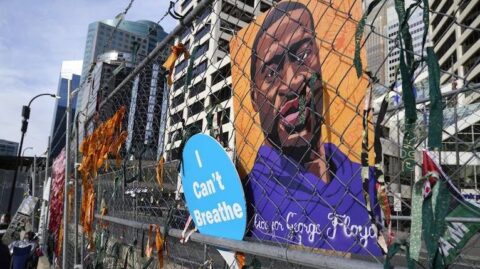 Ross admitted that both she and Floyd struggled with opioid addiction. She also suspected that Floyd had relapsed several months before his death.

“Both Floyd and I, our story is a classic story of how we both get addicted to opioids,” Ross said as she testified. “We got addicted and tried really hard to break that addiction many times.”

Ross also described an incident in March where she rushed Floyd to the hospital after he was experiencing severe stomach pains.

“I went to go pick Floyd up from his house that night. I thought I was taking him to work. He wasn’t feeling good. His stomach really hurt. He was doubled over in pain, just wasn’t feeling well, and he said he had to go to the hospital, so I took him straight to the hospital,” Ross said. “We went to the ER and they were checking him out in the ER and it was getting late and I had to get home to my son, so I left that Friday night.”

She later learned that Floyd had overdosed that night, which was why he needed to be hospitalized. She also said that she was unaware that Floyd had allegedly taken heroin.

Later in her testimony, Ross confirmed that Floyd was with Morries Hall at the time of his arrest, who had sold both her and Floyd drugs. She said that the pills she and Floyd got in May were similar to ones she took in March that kept her up all night and made her feel jittery.

The Hennepin County medical examiner reported after Floyd’s autopsy that he had potentially lethal levels of drugs in his system.