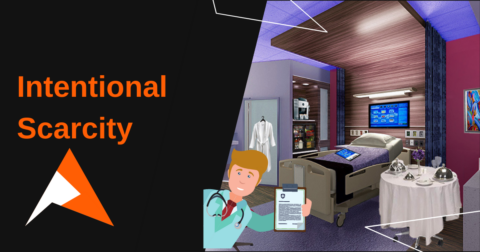 While 63% of U.S. adults believe the government has the responsibility to provide health care coverage for all, there is a remarkable disinterest in discussing the costs of health care.

While proponents of increased government control over health care are quick to accuse detractors of being uncaring, further analysis of U.S. spending on health care indicates that government regulation has been the major contributor to our health care crisis. In a hostage situation involving every American (and quite a few non-Americans), would you trust the hostage-taker to additionally serve as the chief negotiator?

Artificially limiting the supply of a product is a proven method of increasing the price of that product. For a popular illustration of this, most Americans are familiar with how OPEC+ countries collectively agree on how much oil to produce. If the countries are displeased with the current market price of oil, the reduction in supply causes a major price increase. For many years, some Americans even considered going to war over this monetary affront.

In a remarkably similar maneuver, our medical community has created its own cartel. The number of doctors per capita is in decline for the first time in two generations.

Consequently, the lack of physicians drives up costs – with U.S. physicians making twice as much as the average developed-world physician. In case you were wondering how private doctors were able to exert such powers, that’s where crony capitalism rears its grotesque head.

Up until the early 20th century, a large percentage of the working poor in Britain, Australia, and the United States received health care and health insurance from fraternal society. Groups such as the Shriners, Elks, or Masons allowed working-class members to pool their dues into the association’s treasury. That money would be used to contract a doctor, paid a regular salary or on a retainer basis, to provide medical care to its members. Inadequately useful doctors were terminated, and consumer overuse was kept in check by lodge members who feared increased premiums.

At the turn of the century, the average cost of “lodge practice” to an individual member was between one and two dollars a year. A day’s wage would pay for a year’s worth of medical care. Because these positions attracted a multitude of candidates, a buyer’s market was created that kept medical costs low.

Not to let the working class dictate terms to the prestigious doctor class, the American Medical Association – an association and lobby group of physicians – got to work creating their cartel. As a quick update, the AMA is the nation’s third-largest lobbying organization of the last 20 years, but their influence is far from novel. By 1895, the AMA successfully lobbied for the creation of administrative boards to examine and license physicians in nearly every state – creating a monopoly where members of a field control the influx of new members using government control.

With the ability to create and even sanction doctors, the AMA quickly punished doctors who dared to sign lodge practice contracts. The AMA, with complete control over who could legally practice medicine, effectively combated lodge practice and increased the cost of medical education.

The Council on Medical Education (CME), a 1904 creation of the AMA, contracted the Carnegie Foundation for the Advancement of Teaching to reform the medical schools of America. 5 years after the report, the number of female medical students had been cut in half. Of 7 predominantly black schools, only 2 remained post-report. As a result, predominately black communities suffered the greatest. At the time, blacks in Mississippi had 1 doctor for every 14,633 persons.

Generally speaking, the council strove to improve the quality of medical students, looking to draw from the society of upper-class, educated students.

As an interesting aside, in 1915, the American Association for Labor Legislation(AALL) publishes a draft bill for compulsory health insurance. Initially supported by the AMA, the inevitable legislation was sidetracked by World War 1.

Insurance over the century

Not surprisingly given the intentional reduction of medical professionals, the Committee on the Costs of American Medical Care issued a report on how to remedy the ballooning costs. One of the proposals was to partition medical care payments through insurance, taxation, or both – ignoring government complicity in creating this pricing crisis as well the resulting artificial scarcity.

Private insurance was only popularized during the World War 2 era when the War Labor Board instituted wage and price controls to manage the economy. When unions threatened to go on strike, the board exempted employer-paid health benefits from wage controls and income tax.

We could mention here how even antibiotics require a prescription in America – by American physician design. To go back to our car insurance comparison, what would happen to monthly insurance costs if oil changes were suddenly included under coverage? What would occur to the price of oil changes if the amount you pay at every location was identical, with the insurance pool (existing taxpayers) covering the remainder? Would you still price shop?

The Affordable Care Act famously required all newly issued and renewing individual and small group health insurance policies to provide maternity coverage and a slew of other extras. When we hear about the elderly who lost their insurance or had their prices skyrocket after the ACA launch, this government involvement was the direct cause. Minimum care mandates create a situation similar to a car buyer being forced to choose between a corvette or public transit – as no other car will due for our choosy government.

By 1971, the AMA found itself in alliance with Richard Nixon, working in concert to counter Democrat proposals to reform the health care system. Senator Edward M. Kennedy went so far as to accuse President Nixon and the American Medical Association of “forming a marriage of convenience opposed to meaningful reform of the nation’s health care system.”

The Massachusetts Democrat said the AMA “has (a) virtual stranglehold on the health programs of the present Administration.” He added: “Indeed, it is not too much to say that the AMA and Administration are one and the same—Tweedledum and Tweedledee.”

For a quick example, how nice would it be for a mechanic to have the state lobby for similar legislation?

A recent study that compiled data from over 90 peer-reviewed articles found that CON laws increase health expenditures and overall elderly mortality. Lanning, Morrisey, and Ohsfeldt found that the laws were associated both with an increase in per capita hospital spending (20.6%) and per capita spending on other health services (9.0%), for a net increase of 13.6% in health spending overall.

Regardless of if you believe taxpayers, insurance companies, or individuals should pay for health care, the high cost is manifested by federally mandated and sanctioned supply manipulation. Most importantly to those who want more government involvement, calling a product or service a human right doesn’t render it immune to organized scarcity. Much like an ambivalent teen announcing to a store owner that they have their dad’s credit card, Americans ought to be more thoughtful and critical of costs when advocating to shop with other people’s money.

One thought on “How the government broke health care” 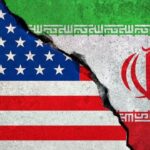 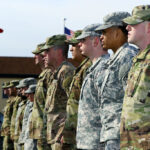