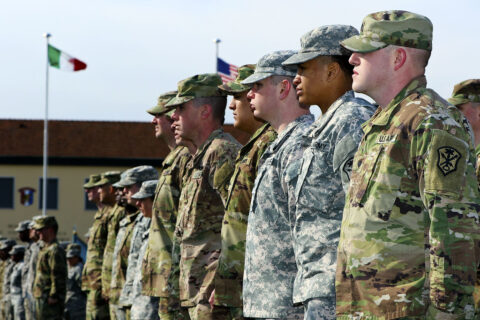 Admiral William McRaven was asked if he agreed with President Biden’s decision to pull all U.S. troops out of Afghanistan by September 11, 2021. In both cases, he gave us a civics lesson rather than a legitimate response to the question.

Wow! That was an insightful and educational bit of information. That bit of information comes as no surprise to anyone who had even a single class on the American Constitution. Although that one-day class has been missing from the contemporary progressive school curriculums.

Of course, that was NOT the question. The reporter wanted McRaven’s view on the ramifications of Biden’s decision. And what was the advice of the military professionals.

What Admiral McRaven would not discuss was the fact that it has been reported that the predominant opinion of the military leaders was in favor of remaining in Afghanistan. Biden went against the counsel of those in charge of military intelligence, capabilities and the likely outcome of strategic and tactical decisions.

McRaven is correct. Biden has the constitutional power to do that. But that does not make his decision well informed, wise or correct. Silent obedience may apply to officers CURRENTLY serving under the President, but Admiral McRaven is a FORMER member of the military. Based on his statements and activities, one might reasonably argue that McRaven is more of a partisan political figure these days than the expert military spokesman – and has been for many years.

When military authorities strongly disagree with the President on military decisions, abject obedience is not their only choice. They can resign. It would not be the first time. When General Douglas McArthur disagreed with President Truman’s decision to restrain American forces from attacking north of the 38th parallel– now known as the De-Militarized Zone (DMZ) – and conquer the entire Korean Peninsula. The General complained bitterly. Truman officially fired the General, but it as a forced firing by McArthur’s recalcitrance. After that, McArthur used his new-found freedom and popularity to travel the nation continuing his criticism of Truman’s policies.

The situation on the Korean peninsula today proves that McArthur was correct. Truman made a very bad military decision against the advice of his top military leader. This left the world a divided Korea half led by a ruthless rogue regime and a yet officially unended war.

But McRaven’s blind endorsement of the presidential decision-making is steeped in hypocrisy.

For Democrats and their media allies – including Admiral McRaven — military opposition and criticism of President Trump was a badge-of-honor.  General James Mattis resigned as Secretary of Defense. He went on to be a staunch critic of Trump throughout the campaign – and the media canonized him.

McRaven, himself, campaigned aggressively against Trump.  On one occasion, McRaven wrote, “Through your actions, you have embarrassed us in the eyes of our children, humiliated us on the world stage and worst of all, divided us as a nation.”  Compare that kind of tough talk to his recent evaluation of Biden’s decision.

In 2019, McRaven called for the replacement of Trump – the sooner, better – in a New York Times commentary entitled, “Our Republic Is Under Attack from the President.”  This was a far different McRaven than the guy who gave that namby-pamby non-answer more recently.

McRaven’s public opinion on all matters should be considered in view of his position as a longstanding Democrat partisan. And a member-in-good-standing of the Washington establishment.  He was on Biden’s short list for Secretary of Defense.  Hillary Clinton even considered him as a running-mate in her 2016 presidential bid.  If you look at McRaven’s public statements over time, no other conclusion can be made other than he is a Democratic Party loyalist.

His only claim to noble fame – and it is a significant one – is that he supervised the raid that killed Osama Bin Laden. Other than that, he has been the Democrats’ stalking horse in the military establishment. His recent interview – juxtaposed to what he has opined in the past – clearly establishes just how deeply partisan McRaven really is.