Why The Left Is Now Canceling Obama 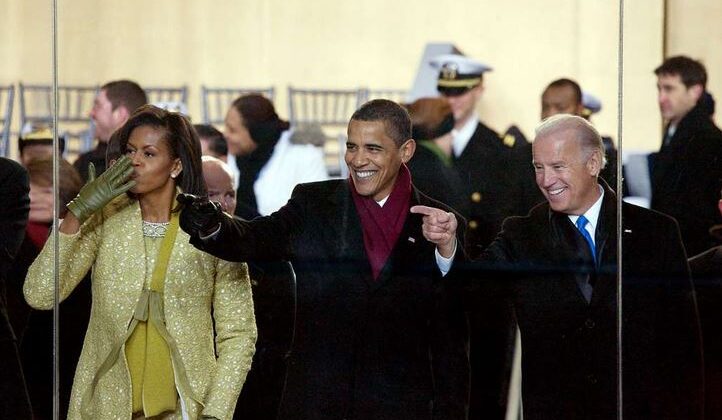 Barack and Michelle Obama are the latest victims of cancel culture.

Latino activists in the suburbs of Chicago are protesting the renaming of a local middle school after the 44th president of the United States because of his immigration policies.

The issue was brought up earlier this week at a meeting at the Waukegan, Illinois Board of Education. Members opposed renaming the school after Obama, and referred to him as “the deporter-in-chief.”

The school board is changing the names of two middle schools: Thomas Jefferson Middle School and Daniel Webster Middle School.

Thomas Jefferson, the nation’s third president, is being erased from the name because he once owned slaves.

Webster, a former secretary of state and member of Congress, was a supporter of slavery.

Chicago is not the only city to try to erase American history. School boards and local councils across the country have taken down statues and renamed public spaces that were once named after historical figures with “controversial” pasts and views about race.

As the Waukegan Board of Education held a meeting to take suggestions for new names, members of the Latino community pleaded not to rename either of the schools after the Obamas.

“I will not be part of renaming a school after someone who did not and does not represent the undocumented community,” said Edgar Castellanos, a District 60 school board member who came to the United States as an undocumented child.

Julie Contreras, another local activist, works with an organization that runs shelters for undocumented children near the southern border.

She also spoke out against renaming the schools after Obama. She accused him of breaking his promise to help undocumented migrants.

“From the time Barack Obama became president until 2017 when he left, he today is still the highest ranking president with deportations in our nation,” Contreras said. “We feel that Barack Obama did disservice to us. He denied us, and he didn’t stop the deportations, the way he promised.”

“If you’re removing the name of Thomas Jefferson – one oppressor – the name of Obama is another oppressor and our families do not want to see that name,” she added.

The president of the school board, Brandon Ewing, said that while he has no objections to renaming the school after Obama, he needs to be “aware of the concerns.”

During a protest held outside of the school, Mauricio Sanchez, a member of the community, said that his father was deported in 2015 when Obama was president.

“It was something very sad,” he said. “We couldn’t even say goodbye to our dad. We just hoped for him to be able to get out.”

A decision for renaming the school is expected later this month. Other suggested names include the late member of Congress and civil rights activist John Lewis; Ellen Ochoa, the first Hispanic woman to go to space; Katherine Johnson, one of the first African American women to work as a NASA scientist; and the late artist Edith Smith.

George Floyd’s Girlfriend Testifies That He Overdosed Months Before Death, Was With Drug Dealer During Arrest

Biden Turning Out to be the Liar-in-Chief