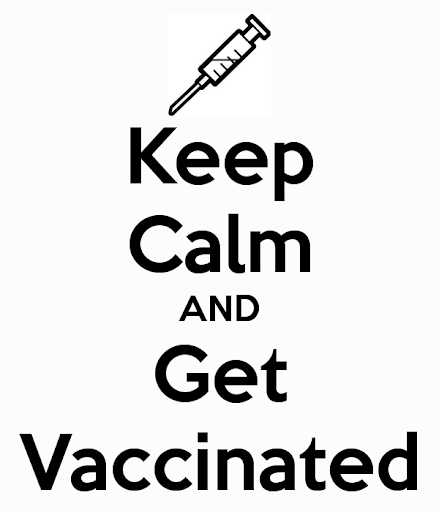 I tend to dislike being told what to do by the government.  I am okay with basic laws – such as driving on the correct side of the street or prohibitions against killing people.  After all, I am a conservative, not an anarchist.

I am very pro-vaccinations – but recognize that there are always downsides.  I am old enough to have seen the dreaded crippling – and occasionally deadly – polio get taken out by a vaccine.  I got – and my kids got – the traditional banks of childhood vaccinations.  We were required to get vaccinated before we could enroll in school.  That is not a new concept.

But vaccines do have side effects – some serious, even deadly.  Their has been concern because several women died from blood clots that may, or may not, have been caused by the AstraZeneca vaccine.   There was sufficient concern to temporarily halt the distribution of the vaccine in several countries – including the United States.  But the scientists tell us that such a small number of deaths is acceptable considering the greater good the vaccine provides.

It may be discomforting to some, but we always calculate an acceptable number of deaths in everything we do.  We would save tens of thousands of lives if we just reduced our maximum highway speed to 20 miles per hour.  We could save thousands more by banning all air travel.  But we do not.

The modern vaccines are even better than the old ones.  The old types were considered beneficial with an efficacy rate of 70 percent.  The new vaccines have an efficacy rate of 95 percent or higher.  Doctors are now saying that the statistics show that the vaccines are 95 percent effective in preventing a vaccinated person from spreading Covid-19 to others, as well.  That means – since I am fully vaccinated – it is EXTREMELY unlikely that I can get the virus or spread it to others.  For me, the Pandemic is over.

Despite all that good news, I have a concern.  Since taking the second dose of the Moderna vaccine, I may have had an unanticipated reaction – as did a friend of mine.

After a few days, there was a tiredness – a weakness.  Chills for approximately 24 hours. A loss of balance and brain fatigue. My friend’s staggering and incoherence were so severe that he had to go to the emergency room.  They found nothing and he mostly recovered in about 24 hours.

My reaction – if that is what it was – was less severe in the first round, but the mild form has returned periodically.  The episodes are not debilitating, but more like a decline in my mojo – have to struggle a bit more to get to the tennis court or focus on my writing.  If there is good news, it is that the symptoms seem to be weaker with each episode.

While I did not have these occurrences before the final shot, I cannot say with certainty that the vaccine is the cause.  Neither can my doctor – although he believes they are related since he has other patients with similar complaints.  I did learn from my own research that the statistics indicate folks are complaining a lot more about side-effects after the second shot.

Looking at the efficacy of the first shot – and the unlikeliness that I would contract the virus based on the statistics – I may have skipped the second shot.  But probably not.

Sometimes there are sensible reasons to avoid vaccinations – especially when we are dealing with one that has not gone through the complete rigorous FDA testing.  You need to remember that these Covid-19 vaccines were approved on an emergency basis.  The complete testing protocol is still going on.

Whenever we get too cocky about our wonder drugs, we should recall the “Thalidomide Babies.”  Half a century ago, thousands of babies were born with grossly deformed limbs and other birth defects.  It was caused by an approved German sedative called Thalidomide — prescribed to women to ward off the side-effects of pregnancy.