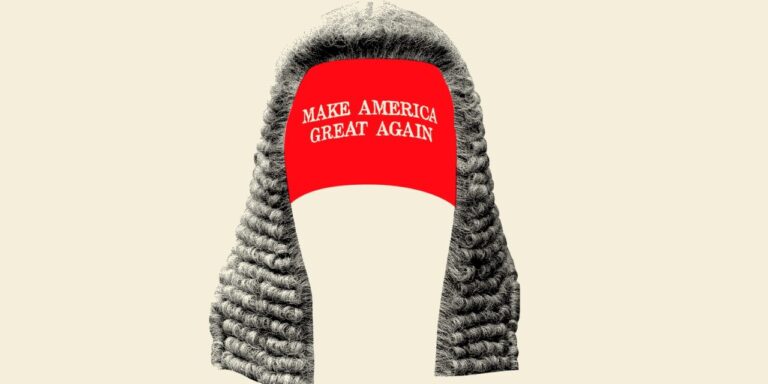 Perhaps the better question is: How much legal jeopardy is President Trump really in?  All we know for a fact is that he is facing a number of lawsuits and several ongoing investigations in various places around the country.

We also know that there is significant desire on the part of the left to file time-consuming, money-consuming and reputation-damaging lawsuits for purely political reasons.  Such suits may get thrown out by the courts. Or if there is a trial, they could be won by Trump fairly quickly.

Normally, we could look to the media’s legal analysts to professionally opinion as to the seriousness of the specific cases.  But since we know that the media spins the coverage for the maximum negative impact on Trump, we cannot rely on those opinions – even from so-called legal experts.

The case that is getting the most attention these days is a duo-deal involving the New York State Attorney General and the U.S. Attorney for the Southern District of New York City. They both focus on the Trump Organization and its top executives – including Trump and his children.  Attorney General Letitia James and U.S. Attorney Cyrus Vance, Jr. announced that they would work together developing both civil and criminal actions.

Vance has convened a “Special” Grand Jury to deal with the case he has developed.  I emphasized the word “special” because it does have significant meaning.  It enables the Grand Jury to investigate the case much longer than the normal 45-day limitation.  Vance has already extended the deadline to September – and could extend it further.

The empaneling of a Grand Jury is bad news for the Trump Organization.  The first problem is the unfair nature of Grand Juries.  The United States and Liberia are the only two nations that have a Grand Jury system.  That should tell you a lot.

As judicial scholars note, the Grand Jury’s purpose is to investigate and PROSECUTE.  They are not designed to render justice.  In the Grand Jury system, only the prosecution can present evidence.  There is no opportunity for the jurors to hear defense facts and rebuttals.  In the court-of-public-opinion, it would be like watching MSNBC all day.  You never hear from the other side.

Grand Juries are so prejudicial to the rights of a defendant that the popular expression is that prosecutors could use a Grand Jury to indict a hamburger.   That saying reflects the facts that Grand Juries indict 99 percent of the time. Even though juries that hear all the evidence in a case will acquit a high percentage of the defendants indicted by Grand Juries.

Right or wrong, that means there will be at least one indictment – and probably more – by the Vance Grand Jury.  Although the elitist media salaciously report that Trump is likely to be indicted, they are reporting irresponsible speculation because it is unknown who Vance will be going after – Trump, his Chief Financial Officer Allen Weisselberg, members of the Trump family or the Trump Organization as a corporate defendant.  Given the political motivations involved, however, it is hard to image that a guy like Vance will not want to notch a presidential conviction on the handle of his political pistol.

The press hypothesizes that Trump could get up to 25 years in prison if convicted of the crimes that are only vicious media speculations at this point.  “Innocent until proven guilty” has never been a standard within the Fourth Estate.  Quite the opposite.

For obvious reasons, the press emphasizes the most extreme punishment.  In civil corporate infractions, prison time is not an option.  And even in criminal cases – such as Vance is pursuing – jail time is exceedingly rare.

Far too often, the biased media reports as if a person is guilty until the real result proves otherwise.  Even such Trump haters as MSNBC’s Joe Scarborough cautions his media colleagues against convicting folks in the court-of-public-opinion based on desire more than the facts.  He points to several cases, including the prolonged reporting of White House Advisor Carl Rove’s “anticipated” indictment and conviction.  Neither occurred.

We witnessed more than two years of Democrats and their media pals talking about Trump’s conspiracy with Russia as if it were a fact.  After a $35 million investigation, Special Counsel Robert Mueller found no evidence of a criminal conspiracy between Trump and the Russians.  The two years of misreporting was political propaganda.

On the question of obstruction of justice, Mueller made no finding. This left the decision to his bosses at the Department of Justice.  They determined there was insufficient evidence to pursue the accusation.

The other problem with the Grand Jury system – at least today – is that there is no longer any obedience to the law by the lawyers.  So as not to harm the reputation of innocent people, Grand Jury deliberations are to remain secret. Not even revealing who is being investigated.  It is a criminal felony to leak Grand Jury information.

Today, the lawyers use illegal leaks to influence public opinion without fear of any legal consequences.  That is much of what you are seeing reported today – selective leaks designed to maintain a flow of mendacious negative narratives against Trump.

It is not possible to predict what will come out of the Grand Jury deliberations in the future since we have no idea the nature of the case.  But I do feel confident that there will be indictments and the leaks and unfair coverage will continue unabated.