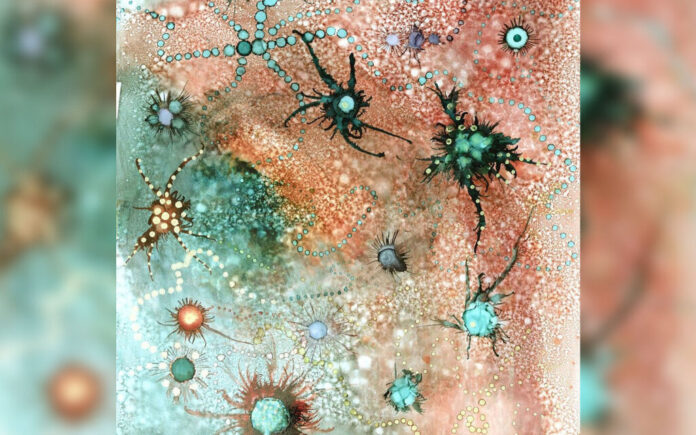 President Joe Biden’s son Hunter is at it again, this time selling his “artwork” for large sums of money. One of Hunter Biden’s paintings sold for half a million dollars.

Hunter is not a renowned artist, nor has he had any formal training. As far as I know, he did not market his work until after his father became president. But according to art news website Artnet, Biden is now working full-time as an artist. He has his own studio in Las Vegas and his own art dealer, Georges Bergès.

Hunter says his new career is a way to step aside from his history of substance abuse and political scandal (prosecutors are still investigating Hunter’s taxes and international business dealings as he continues to hold a 10% stake in Chinese investment firm BHR Partners).

“I don’t paint from emotion or feeling, which I think are both very ephemeral,” said Biden. “For me, painting is much more about kind of trying to bring forth what is, I think, the universal truth.”

Hunter Biden’s paintings are mixed media pieces that feature bright colors and geometric patterns. One of his most recent paintings, as shown above, resembles the coronavirus cell.

Hunter’s paintings are “nice” and “different,” says Jill, a 67-year-old art collector living on the Upper East Side. “[But] I wouldn’t pay shit for it because he’s a criminal.”

Speaking of criminals, art dealer Bergès was once arrested for “terrorist threats” and assault with a deadly weapon. According to the New York Post, he has strong ties to China. Bergès has vowed to keep the identity of Hunter’s buyers confidential. But we can assume that what people are purchasing here isn’t art – but access to the President of the United States.

According to a Senate report published last year, Russian oligarchs have started to use the art world to launder money. “Secrecy, anonymity, and a lack of regulation create an environment ripe for laundering money and evading sanctions,” reads the report.

Given Hunter Biden’s habit of courting foreign oligarchs for financial gain (and his father’s habit of allowing this to happen and then lying about it), it is reasonable to suspect at least some of the buyers of his paintings have ulterior motives.

Author’s Note: Hunter should take responsibility for his actions and disclose the identity of his buyers.

Hunter Biden’s artwork is actually good and will be worth a lot, experts say