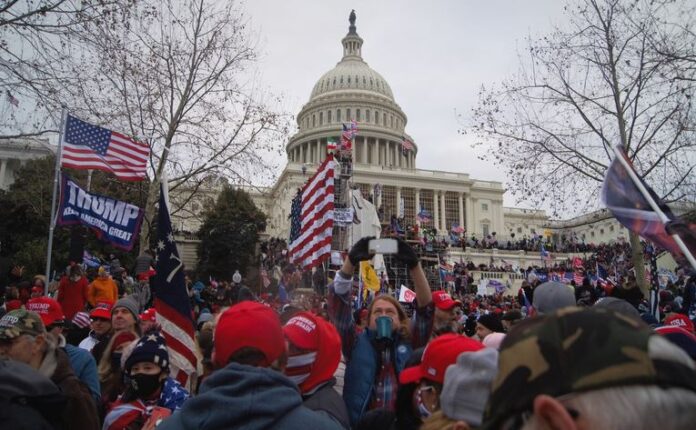 A House bill calling for a deeper investigation into the events surrounding the Jan. 6th protest at the US Capitol was defeated Friday in the Senate with a vote of 54-35.

“I do not believe the extraneous ‘commission’ that Democratic leaders want would uncover crucial new facts or promote healing,” argues Senate Minority Leader Mitch McConnell (R-KY). “Frankly, I do not believe it is even designed to.”

McConnell and his House counterpart see the proposal as a direct attempt to damage the Republican Party’s reputation ahead of the 2022 midterms.

“That’s why the Speaker’s first draft began with a laughably rigged and partisan starting point,” says McConnell. “And why the current language would still lock in significant unfairness under the hood.”

The proposal called for a 10-member bipartisan team not unlike the panel created in the wake of 9/11.

Democrats insist the commission is necessary in order to gain a more complete understanding of what happened Jan. 6th, though a separate investigation on Capitol security and intelligence is already being conducted by the Senate Rules Committee and the Homeland Security and Government Affairs Committee.

“If our Republican friends vote against this, what are you afraid of? The truth?” taunted Senate Majority Leader Charles Schumer (D-NY).“Are you afraid Donald Trump’s big lie will be dispelled? Are you afraid that all of the misinformation that has poured out will be rebutted by a bipartisan, down the middle commission?”

“I think that, if done right, a truly bipartisan commission could complement the work being done in the ongoing criminal investigations,” says Sasse, who is considered a 2024 White House contender. “The American people deserve a full account of what happened.”

“To be making a decision for the short-term political gain at the expense of understanding and acknowledging what was in front of us on Jan. 6th, I think we need to look at that critically,” adds Murkowski.

“I want to see a commission,” said Collins before the vote. “There are a lot of unanswered questions and I’m working very hard to secure Republican votes for a commission.”

Collins had proposed an amendment to the bill that would have allowed the chair and vice chair of the commission to hire their own staff in the event that the two could not agree. She also sought to change the language of the bill so that the commission would dissolve 30 days after its final report was submitted. The report would have been due by the end of 2021.

Failure to move forward with . 6th commission is expected to increase pressure on Democrats to end the filibuster (a rule that requires 60 votes for legislation). Such a move would require total unity – something the Democrats don’t yet have.