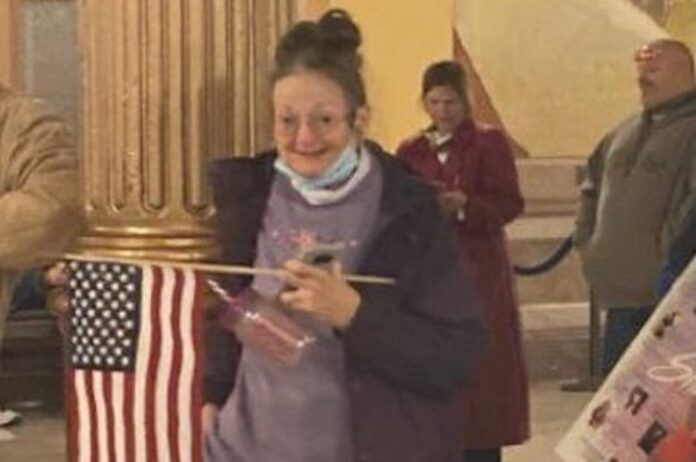 Let me start by saying that I don’t agree whatsoever with the riots that occurred on January 6th in D.C. I am a firm believer in law and order. I believe that any change that occurs in this world should be done by the system of courts, legislation and due process with the support of the American people. Aimless violence and social unrest will never do any good on the world stage. Let me also say that I am not against the FBI. I only merely wish for it to be a respected agency working for the actual good of the American people. You can read a previous article I wrote about how to make America’s public service agencies cool again.

With all that said, let me go into some information that is coming out about the events of January 6th.

The story goes that, after the election was given over to Joe Biden as the victor of the 2020 election, a mass of Republican Trump supporters stormed the Capitol building in an act of retaliation from a Trump rally being held in front of the building. That’s the story the left is using to demonize Trump supporters at the moment, but that isn’t the full story here.

It is just coming out, from an interview with the Epoch Times, that the former Chief of Staff to the Secretary of Defense Kash Patel confirmed that the Pentagon had offered troops to be deployed to prevent any scenario like that two days before the events on January 6th.

Patel said, “You have to ask yourself, what happened on Jan. 6? I was chief of staff on the Department of Defense… We had offered the Capitol Police and Mayor Bowser of Washington D.C. thousands of National Guardsmen and women two days before Jan. 6, and they turned us down. So it could have been prevented.”

If the Pentagon, the FBI and the Mayor of Washington D.C. all had information that something like this had the potential to occur, why didn’t they do anything before it happened?

Not only that, but when the Pentagon offered to set up additional security, why did they refuse?

Patel continued, “These are the mistakes, intentional or otherwise, that led to January 6th. If you look at the videos from Jan. 6, an entire side of the Capitol – and I believe it’s outside – was totally unmanned. No police officers whatsoever, and that’s where the crowd first came in through… You cannot have the United States military descend and occupy the area around the U.S. Capitol, it’s literally illegal. But they can assist their law enforcement partners through a request from the mayor or the governor or the Capitol Police. That’s what should’ve happened. And that’s what we told them they might want to consider. But they flat out rejected it for political reasons I believe.”

So far, police have charged over 500 people in the Capitol breach on January 6th, and rightfully so.

The FBI under Chris Ray at the time has been under question itself from the American public, as information continues to come out that they had infiltrated certain militia groups involved in the riot. How much involvement did the FBI have in the events that occurred? If they were actively involved in groups that orchestrated the event, why weren’t higher authorities authorized to do more preventative measures to stop it from happening at all? Why did they seemingly allow it to happen in the way that it did?

On Tuesday, Judicial Watch filed a Freedom of Information Act lawsuit against the FBI for records of communication between the Department of Justice and several financial organizations around the day’s events. The FBI has repeatedly refused to provide any information or documents after several requests, according to justthenews. Apparently, banks were sharing private information with the government on the financial transactions of people during the time.

With all of this, it is important to note one last thing about January 6th.

If you watch the videos of Donald Trump’s defense during his second impeachment trial, you will see that media companies selectively edited Donald Trump’s speech at the rally to make it seem like he personally set off the riot. In the video the media commonly shares on the television and online, they cut out a quote of Trump saying “You have to get your people to fight.” In his defense testimony, they showed the full video, where immediately after this quote he continues to say, “You have to get your people to fight, and if they don’t fight, we have to primary the hell out of the ones who don’t…”.

Trump was literally speaking on how the ones who need to fight are members of congress for proper legislation. Not the people at the rally. The court defense shows well over 10 minutes worth of footage of Democrats themselves directly calling for violence. They are also saying that it is necessary for the people to “fight” against Donald Trump and his supporters. The video shows Democratic leaders’ support of the violence and riots that occurred last summer across the nation. After they presented this evidence, they cleared Trump from wrongdoing and the second impeachment was, again, unsuccessful.

Here’s to hoping we gain more clarity and truth on the events of January 6th. It should have never happened. And recent information shows that there were efforts to provide support to help prevent anything like this from happening. So the question now is, why was this allowed to happen in the first place?