How Long Can Biden Hide His Family Corruption? 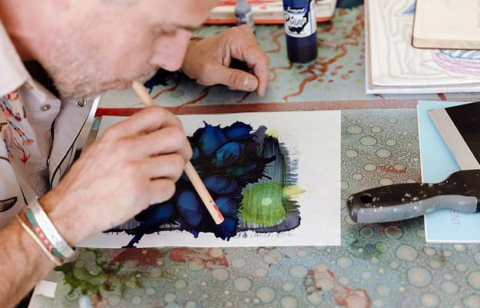 For obvious reasons, the east coast media constantly reports on the various court cases that involve President Trump, his family and the Trump Organization.  Of course, they have been speculating for the past four-plus years that Trumps would face jail time – but to date, none of the family has been indicted or convicted of anything, much less a criminal felony that would result in prison.  For those on the hopeful left, we shall have to wait and see – but personally, I am betting that none of the Trumps go to jail.

What is disturbing, however, is the media habit of ignoring and playing down scandals that rise on the left.  Nowhere is that truer than the affairs of the Bidens.

First son Hunter is a walking and talking scandal.  He has cleaned up his act more times than the circus elephant trainer – and there was always more to come.  Hunter is currently under investigation by the Department of Justice for his various overseas dealings.  Strangely, there are none of the ubiquitous insider “leaks” – or day-to-day speculation that we have seen with the Trumps.

The left-leaning press has walked away from Papa Biden’s BIG LIE – that he knew nothing about Hunter’s business dealings.  Hunter’s laptop is filled with incriminating information – including refutation of the senior Biden’s use of televisions Sergeant Schultz’ famous line, “I know nothing.”  In fact, Biden met and spoke with Hunter’s business associates on more than one occasion.

The fact that Biden engaged in a bald-faced lie should be enough to whet the interest of any credible journalist.  Not so among the denizens of the liberal media echo chamber.

The media has shown an unhealthy disinterest in all the millions of dollars Hunter has received from a company controlled by a corrupt Ukraine oligarch.  Still unanswered is the role of the President in booting the Ukraine attorney general investigating the Company.

Also the millions of dollars that high level Chinese business leaders – the Chinese version of oligarchs – invested in Hunter’s firm.  What about the millions from the Russians.  None of these arrangements have been properly investigate or fully explained – and they all smell like open latrine.

In pursuit of money, Hunter has taken up a new profession – artist.  That fact that he seems to lack significant talent – and virtually no experience – should not come as any surprise.  After all, he made all those aforementioned millions of dollars even though he had no discernible experience other than being the son of the United States Vice President – and potential President.  The foreign high-stake bets paid off big time – but exactly how remains a mystery.

President Obama’s ethics chief Walter Shaub has called the Hunter’s artist front as “shameful and grifty.”  This from a guy who worked very closely with then-Vice President Biden.  I wonder why we have not heard from Biden’s own ethics advisor.  Does he have one?

It has been reported that Hunter sold a painting for … $500,000.  Yep!  This unknown – at least as an artist – with dubious commercial art talent kicks off his art career with a half-million-dollar sale.  That does not pass the smell test.

Remember that art connoisseurs purchase paintings as an investment.  But in what has the secret buyer invested?   Surely not the painting – unless he is looking for a HUGE tax loss.  There must be something else.  But what?  What would work to the benefit of the investor?

I have not been able to come up with more than one possibility.  Access to power.  That means that Hunter has not really changed professions.  He is – and has been — an experienced and successful influence peddler.  That is what he was paid to do by the corrupt Ukrainian oligarch, the Chinese and the Russians – and God knows who else.  We know that Hunter delivered access to his father and other high level administration officials.

So what does the White House think of Hunter’s latest scam.  After all, the folks around the Oval Office are the product what Hunter is selling.

Weeeell … they think it is just dandy that Hunter has a career – but they want to be careful.  So, they have established a policy.  To avoid any potential appearance of conflict-of-interest, they are requiring that the buyers of Hunter’s canvases remain anonymous.  Oh … I get it.  The White House wants to avoid the “appearance” of any conflict-of-interest as opposed to exposing any real conflict-of-interest.

All the transactions will be handled by a gallery art expert – and the pricing must be within the reasonable range for artists of Hunter’s ability and reputation.  Hunter’s own gallery expert – who will be supervising all the secret sales and getting a handsome commission — says the Hunter paintings are valued between $75,000 and $500,000.  Shaub, on the other hand, calls that “grotesquely inflated.” Other art experts have rated Hunter’s retail value at around $200 per canvas – less if he applies paint to them.  Another has called his work screensaver art.

In terms of the secrecy of the buyers, you must get real.  A lot of folks will be bragging that they overpaid for an original Hunter.  And the ones who do remain secret should be of greater interest and concern.

Maybe Papa Biden will have the government give Hunter a six-figure commission to do the official presidential portrait.  If it was not suitable for the White House gallery – and it would not be – at least it could be used as a screensaver.

The left-wing media has put up a wall of protection around Biden & Co., but even the best wall can be breached.  It could start with the GOP taking control of the House and launching a few Pelosi-style investigative hearings.  The Hunter story is not over by a long shot.

As a footnote, I could not help but wonder where Hunter learned the technique he is using in the photograph atop this commentary.