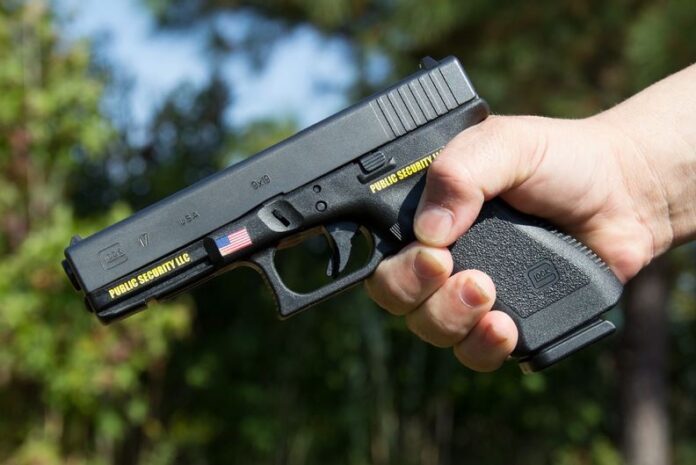 Every now and then I turn over my commentary to someone who has taken on a subject in a better way than I could even have dreamed.  I am re-publishing a letter-to-the-editor by Howard Rensin that appeared in a local Republican newsletter.  Sometime a bit of briefly stated humor can make a point better than reams of detailed information.  This is one such case.

Today, I placed my Glock Model 21SF .45 cal. automatic pistol with laser sights on the table right next to my kitchen door. I left its clip beside it, then left it alone and went about my business. While I was gone, the mailman delivered my mail, the next-door neighbor mowed the yard, a girl walked her dog down the street, and quite a few cars stopped at the “stop” sign near the front of my house. After about an hour, I checked on the gun, it was sitting there right where I had left it. It had not moved itself outside. It had not killed anyone. Certainly, even with the numerous opportunities it had presented to do that. In fact, it had not even loaded itself. Well, you can imagine my surprise, with all the hype by the Democrats and their propaganda media, about how dangerous guns are and “how they kill people.” Either the media is wrong, or I’m in possession of the laziest gun in the world. The United States is third in murders throughout the world. But if you take out just five ‘left-wing’ cities: Chicago, Detroit, Washington, DC, St. Louis, and New Orleans—the United States is fourth from the bottom, in the ENTIRE world, for murders. These five cities are controlled by Democrats. They also have the toughest gun control laws in the USA. It would be absurd to draw any conclusions from this data, right? Well, I’m off to check on my spoons. I hear they’re making people fat.

I do not know Mr. Rensin, but I am already an admirer. And not sure what you are going to do about the problem, but I am going to organize a spoon-control movement.  I know that every time I stand on the scale, I am yet another innocent victim of those damn spoons.