Bernie Sanders and the Berlin Wall 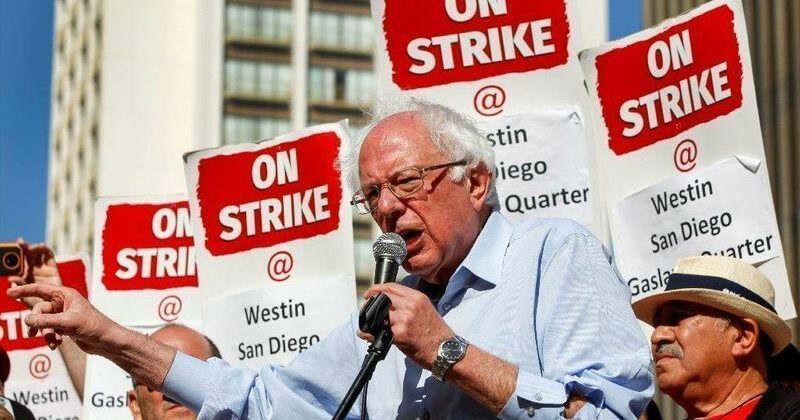 If you look at most political polls you will see that Bernie Sanders is currently the frontrunner for the Democrats in the 2020 race for the White House. The impact of this is huge in that it reflects just how far America has fallen over the past few decades. I remember when claiming to be a socialist was the end of someone’s political career and even business career.

However, we have an entire generation of young voters who have are products of 12 years of socialist indoctrination thanks to the wonderful American public education system. If you doubt what I say, then consider this.

Two years ago, in March 2017, the American Culture and Faith Institute revealed the results of a survey taken of the core beliefs of millennials. In that survey, they reported:

“Only twelve percent of millennials identify as conservative. Twenty-six percent are liberal. For adults older than 30, conservatives outnumber liberals two to one.”

“Almost have (44 percent) of millennials prefer socialism over capitalism.”

Two years later, a Harris Poll (which I do not have access to, so am using a secondary source), reports:

“An astounding 49.6 percent prefer to live in a socialist country.”

While the school system is busy mass-producing socialists, what they are NOT doing is teaching real history, because they know that history will show the problems and horrors of socialism. For instance, take the Berlin Wall and the lesson to be learned from it.

At the end of World War II, Germany was divided into a free West Germany and communist East Germany. Likewise, the capital city of Berlin was divided among the allied nations that worked together to defeat Hitler and his Nazi government. West Berlin was considered to be part of the free Germany whereas East Berlin was given to the control of the communist Soviet Union.

It quickly became clear to the Russians, who controlled East Berlin, that a number of people were crossing over into West Berlin to escape communist rule. That prompted them to begin building the Berlin Wall. Construction of the wall began on August 13, 1961.

At first it was rolls of barbed wire strung along the border between the two halves of the city and that wire was heavily protected by armed guards.

I know a family that was directly impacted by the sudden construction of the Berlin Wall. Three brothers ran a bakery that was located in East Berlin, but they all lived only three quarters of mile away in West Berlin. On the morning of August 13, one of the brothers, as usual, arrived early at the bakery to get everything set and ready. He wondered why neither of his brothers showed up for work that day, leaving him to handle the load himself. Then a customer came in and said that the Russians had cut off access to West Berlin.

That brother was trapped in East Berlin, away from his wife and two sons. He was not allowed to return. He tried to escape, but was caught, thrown into prison and beaten. He spent 5 years in prison but upon his release, he was constantly hounded by the Russian soldiers.

It wasn’t until the Berlin Wall was torn down in 1989, that he was finally re-united with his wife and sons, who were now grown men with families of their own. He learned that his parents and one of his brothers had died while he was trapped behind the Wall.

During the 28 years of the Berlin Wall, thousands of people tried to flee from East Berlin into West Berlin. About 5,000 were successful, but hundreds of others were not successful. It is estimated that at least 200 people died trying to escape into West Berlin. Many others thrown into prison, like that baker.

However, during that same 28 years, hardly anyone tried to escape from free West Berlin and travel to communist controlled East Berlin.

If what Bernie Sanders and his young proteges, such as Alexandria Ocasio-Cortez, thinks is so wonderful, then why during the years of the Berlin Wall were so many trying to escape to West Berlin, but you don’t hear about very many, if any, trying to cross into East Berlin?

The Berlin Wall was eventually torn down because socialism/communism just doesn’t work for very long and should serve as a huge warning against what Sanders is trying to sell to the American people.

Chicago, London and Democrats – What Is – What Will be – By Whom