Mueller fails to give straight answers 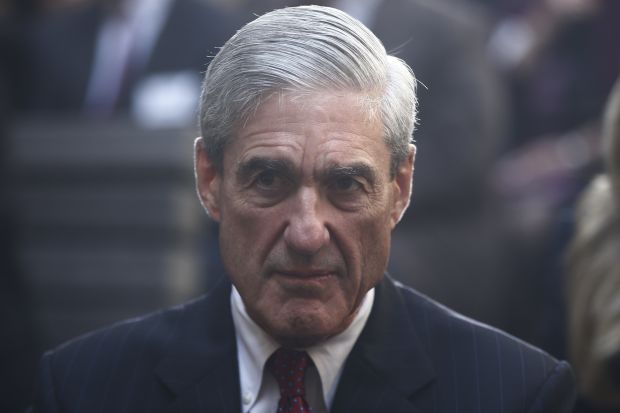 Mueller fails to give straight answers

If you follow what is often referred to as news, you will have heard many, many times that Special Counsel Robert Mueller is a man of great precision when dealing with words.  He does not make public statements very often, but when he does, he chooses his words verrrrrry carefully.  Really?

Mueller recently issued a Report on Russian interference in the 2016 election – and beyond.  It is 448 pages long, with lots of words — more than most people will bother to read.  That is the first problem.

A good communicator would not over-extend an audience’s interest and attention level.  Think of all those public speakers and college professors who had you tuning out or even dozing off as they droned on and on, providing too much extraneous detail.  That is the Mueller Report.  He could have made the same points in a lot fewer words.

In terms of criminally conspiring with Russians, Mueller declared that there was not sufficient evidence to show criminality on the part of President Trump, his campaign staff or any American, for that matter.    That means innocence.

We have to look at Mueller’s recent statement in conjunction with his declaration on obstruction of justice, in which he said that IF the evidenced showed that President Trump was not guilty of obstruction, they would have said so.  That statement becomes suspect when you consider that on the collusion charge, he only said they had “insufficient evidence.”  Why did he not say the President and his people were NOT guilty because that is exactly what the lack of evidence showed.

Mueller must know that one cannot prove a negative, and in situations of prosecution, it is not up to the individual to prove innocence.  If the prosecutor cannot prove guilt, then the person is to be presumed innocent.

In terms of obstruction, this renowned prosecutor with a way with words became downright inarticulate.  Mueller’s language was imprecise, confusing, befuddling.  If you go by his words – rather than making politically motivated and biased interpretations – he came to no conclusion on the question of criminal justice.  He clearly stated that he was not saying Trump did not commit criminal obstruction, BUT he also stated that he was not accusing him of such.  That is what “no conclusion” means.  No criminal case to be made.

Mueller claimed that he had no power to indict a sitting President because it is unconstitutional to do so.  That sounds pretty definitive, but it is not.  Many legal scholars noting that the bar against indicting a sitting President is only a Department of Justice ruling.  It is not written in the Constitution.  Mueller could have recommended indictment and left it up to his boss, Attorney General William Barr, to make the decision.

Mueller could have said outright that he believed Trump committed obstruction of justice, but that the DOJ rule prevents him for issuing a subpoena.  Or … he could have done what Independent Counsel Ken Starr did in the investigation of President Clinton.  Mueller could have listed what he believed were criminal actions by Trump even though he could not indict.  Starr, in his Report, stated clearly that he found Clinton guilty of 11 violations of law.  Rather, Mueller left POSSIBLE examples of obstruction of justice before deciding that he could or would not conclude that they rose to criminality.

Ironically, the same media analysts who claim the Mueller is a precise wordsmith also say his language has been “convoluted.”  That’s right.  That is the word that was used to describe Mueller’s statement by such anti-Trump media panelists as Michael Barnicle, Jon Meacham and Elise Jordan in a single episode of “Morning Joe.”

Mueller’s excuse for not making a finding of any kind of obstruction of justice was that it would be unfair to Trump to accuse him of crimes and not enable him to defend himself in a court-of-law.  That is utter nonsense – nothing but serious sounding lawyer talk that, once you think about it, you realize it is bullsh*t.

Since such accusations would have been dealt with only in the court-of-public-opinions – or in congressional impeachment hearings – Trump would have had the same platforms in which to defend himself.  And since when has Mueller been deferential to Trump on the issue of fairness?

Personally, I think Mueller wanted to encourage an impeachment, but did not want to take full responsibility for it.  It seems like a tactic disturbingly similar to former FBI Director James Comey improperly – and perhaps illegally—leaking his notes to the media with the specific intent of surreptitiously promoting the appointment of a special counsel.

On the other hand, perhaps there was not sufficient evidence to find Trump guilty of obstruction. So Mueller chose his words very carefully – with the intent of confusing the issue of impeachment.  If he had said what he said about criminal collusion, there would not even be a whisper of impeachment today.

We cannot know what is in Mueller’s heart and mind, but we can know that he has created unnecessary confusion and political controversy by not doing his job  — which was to investigate and announce his conclusions.