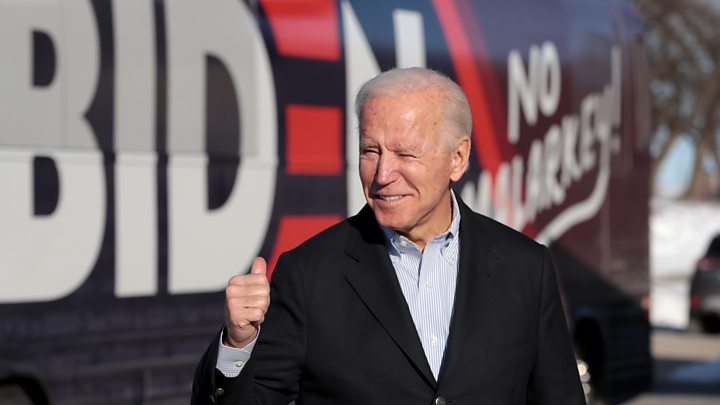 In the wake of the last Democratic debate, and as the Iowa caucuses near, former Vice President, Joe Biden has once again emerged as the clear frontrunner.

According to a new poll out Monday, with just two weeks until the Feb. 3 caucuses, Biden leads the Democratic field in Iowa.

There’s some indication that Warren and Sanders suffered fallout from their recent spat — including during and after last week’s debate — over whether a woman could beat President Donald Trump. Warren contended Sanders told her in a private 2018 conversation that he did not believe a woman could win, which Sanders denied.

The Focus on Rural America poll shows the former vice president with 24 percent and the next three top-tier candidates bunched behind him, with Elizabeth Warren at 18 percent, Pete Buttigieg at 16 percent and Bernie Sanders at 14 percent. Amy Klobuchar clocked in at 11 percent.

“It is significant the 17% [who] say they will remain uncommitted and may indicate that uncommitted will be viable in several precincts,” a statement from the group said.

Warren Vows to Investigate Trump If She Is Elected